How the U.S. Army was Formed 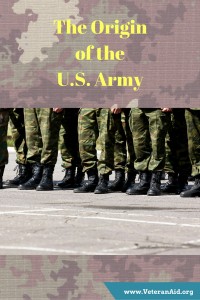 it the largest branch of the United States Armed Forces. Interestingly, the U.S. Army is actually older than the nation itself, tracing its origin back to the original Continental Army formed in 1775 to help gain American independence from Great Britain.

While 240 years might not seem that long ago, it is truly amazing at the change the United States has gone through over this time period, with the U.S. Army playing a major role in every land conflict that has arisen. The original Continental Army was formed on June 14, 1775 to unify the American colonies, with future first-President George Washington appointed as commander. It’s not surprising that many of the tactics and training techniques employed by this first Army were decidedly European, as most of the officers were former Brits and Frenchmen looking to aid in the fight, or even a few Prussian experts.

The influence of colonial militias was also strong in the Continental Army, and subsequently this first Continental Army was quickly disbanded after the Treaty of Paris was signed in 1783, reflecting a general distrust of a large, standing army. Soldiers were rewarded with land grants and sent home to live the independent and colony-driven lifestyle of the new republic. State militias remained as the active ground force, with the exception of a few larger outfits organized to defend the Western Frontier as well as West Point’s arsenal.

The United States, even in its infancy, had a long road ahead of it and many conflicts to face – the most immediate being the ongoing conflict with Native Americans. It was soon realized that the country would indeed require a standing, trained ground force. The small “Regular Army” was subsequently formed, and later reorganized into the “Legion of the United States” in 1791, and finally renamed the "United States Army" in 1796.

The United States Army soon went to work defining and defending the United States’ borders on all sides. The War of 1812 was a second battle against Great Britain involving the U.S./Canada boundary, as well as defense against two attempted British invasions. The U.S. Army also actively supported the U.S. expansion into the Midwest, defending against the threat from Native Americans, as well as fighting a major, multi-year campaign against the Seminoles of Florida from 1818-1858. Finally, the U.S. Army fought and won the Mexican–American War (1846–1848), resulting in the acquisition of territory that would eventually become California, Nevada, Utah, Colorado, Arizona, Wyoming and New Mexico.

Ironically, the U.S. Civil War remains the most deadly conflict in U.S. history, as more than 620,000 soldiers died from combat, disease, and starvation. The battle was waged between the U.S. Army – then known as the Northern ‘Union” army – and the splintered-off Southern “Confederate” army, led by many former U.S. Army commanders. When the Confederate army finally surrendered in 1865, almost 8% of all white U.S. males aged 13-43 had been killed, along with more than 40,000 African American males.

After the Civil War, the U.S. Army refocused its efforts on Native American conflicts, setting up frontier forts, while other Army outfits were deployed to the South to maintain order during the Reconstruction Era. As the U.S. Army moved into the 20th Century, it would build its strength and begin to shift focus outward, defeating Spain in land campaigns in Cuba, and later helping suppress a rebellion in the Philippines. In 1910, the Army began acquiring fixed-wing aircraft and also worked to secure U.S. borders during the unstable years of a Mexican civil war.

The following decades would catapult the U.S. Army into global-scale wars, response to a homeland attack, and countless campaigns to fight terror and offer aid in other countries. Today’s members of the Regular Army, the Army National Guard, and the United States Army Reserve continue the tradition of protecting the United States from all threats, domestic and abroad, to maintain freedom and protect its citizens. 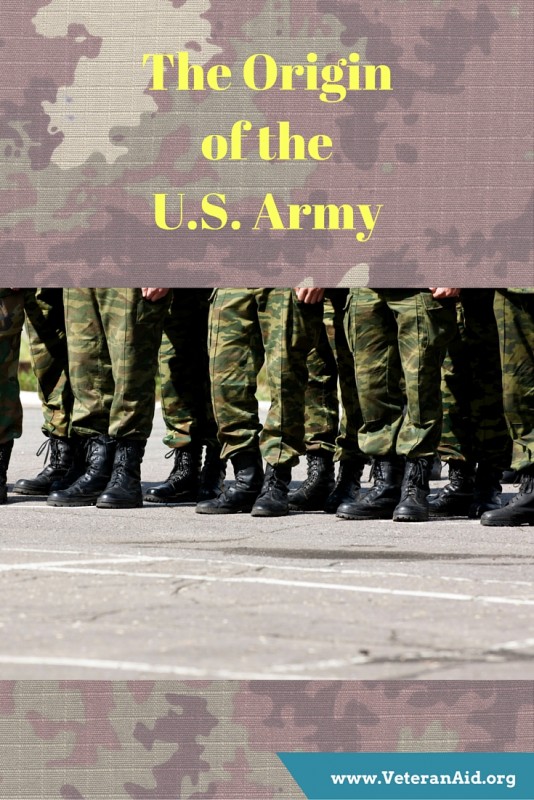 5 Responses to “The Origin of the U.S. Army”