From Intramurals to the Olympics, Athletes Excel in the U.S. Air Force

The U.S. military makes an impressive effort to offers its soldiers, sailors, and airmen a well-rounded lifestyle outside of their daily activities and MOS responsibilities, and competitive sports plays an important role in this endeavor. 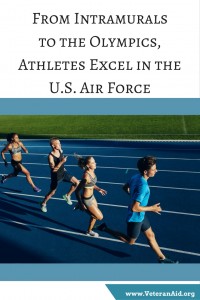 Just like the Army and Navy, the U.S. Air Force offers several opportunities for competitive sports to improve and maintain the morale, welfare, and recreation of its active members, Guard, Reserve, retirees, and families.

Whether they are interested in a weekly intramural league game or have the potential to become what it calls a “World Class Athlete,” headed to the Olympics, the Air Force Sports program is designed to encourage competition, camaraderie, unit cohesion, and the skill of the athletes.

The sporting program starts at the intramural and extramural level, conducted through the fitness and sports centers on at more than 120 installations around the world. The top intramural athletes can be chosen to participate in the base “Varsity” program and compete against other military varsity teams or local community teams.

For those even more athletically inclined, opportunities extend to training camps and higher competition at regional, national, and international sporting events where selected participants represent the Air Force. Hopeful athletes attend short but intensive training camps, and the top performers are chosen from this highly competitive environment to represent the Air Force in cross-branch or even international games.

The top tier of the Air Force sporting program is the Air Force World Class Athlete Program (WCAP), a two-year program that provides active duty, national guard, and reserve Air Force personnel the opportunity to train and compete at national and international sports competitions, with the ultimate goal of selection to the U.S. Olympic team. In 2016, First Lieutenant Cale Simmons was selected to participate in the Summer Olympics in Rio de Janero, Brazil, competing in the pole vault competition.

In addition to the competitions and training camps, each year, the Air Force recognizes a male and a female athlete of the year. Nominations and selection for these awards are based on athletic accomplishments, the value of their contributions to the team or as an individual, and other accomplishments such as military awards, decorations, and civic recognition.

This year’s female athlete of the year was First Lieutenant Magin A. Day, an Intelligence Officer at Ramstein Air Base, Germany, who competes in running and led the Air Force to second place in the Armed Forces Cross Country Championship. The male athlete of the year was Staff Sergeant John H. Allen who works in the High Frequency Global Communication System at Grand Forks Air Force Base, North Dakota. He was instrumental in the 2015 Air Force Men’s Softball Team to winning the USSSA Military World Softball Championship in Columbus, Georgia, and was selected as the All-Tournament Defensive MVP.

Cheering on your fellow airman or working hard to represent the entire U.S. Air Force is an excellent way to build unity and comraderie in your branch. These athletes will continue to work hard in the gym and on the field to perform at their top abilities with the same pride in which they serve their nation. 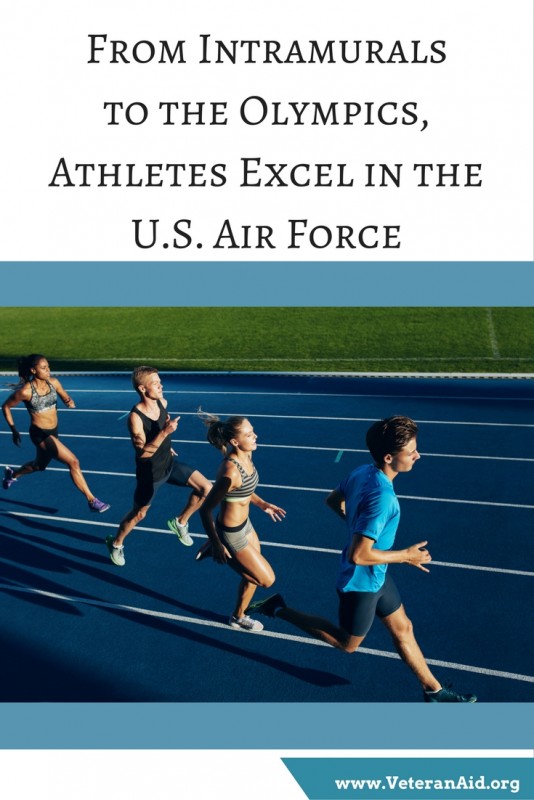