U.S. Soldier-Athletes Compete with the Best, Including 2016 Olympians

As the 2016 Olympics kicks off in Rio de Janeiro, Brazil, the world’s top athletes will be competing in a wide range of sporting competitions. What you may not know is that there will be several soldier-athletes participating alongside civilians as part of the U.S. Army’s World Class Army Program (WCAP). 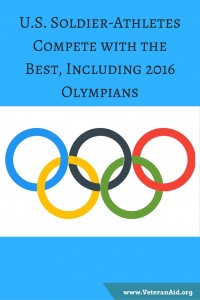 Since 1948, 446 Army soldiers have represented the U.S. at the summer and winter Olympic Games as athletes and coaches, earning 111 medals in a variety of sports ranging from bobsled, track and field, boxing, wrestling, and marksmanship.  Since the WCAP inception in 1997, 55 soldier-athletes have participated in the summer and winter Olympic Games, winning Gold, Silver, and Bronze Olympic Medals.

In 2016, the Army is sending nine soldier-athletes to participate in Rio, including:

The Army’s WCAP is one of more than 200 Morale, Welfare and Recreation programs provided to soldiers and their families. Through WCAP, the Army provides athletes the opportunity to train and compete in national and international sporting events, including the summer and winter Olympics. Through Army funding, WCAP Soldiers receive specialized coaching, access to state-of-the-art training venues and sports medicine, and physical therapy.

The program offers all members of the Army (Active Duty, Army Reserve, and National Guard) equal opportunity for selection, but athletes must be in good standing with the Army, have completed their Basic Combat Training (BCT) and Advanced Individualized Training (AIT), and hold appropriate ranking and certification from the governing body of their sport, which must be an Olympic sport. After an intensive selection process, soldier-athletes are admitted into the program at least three years before the Olympic trails begin. They are assigned to a training location near a college or sports club with a proven record in preparing athletes for international competition. Coaches are also members of the U.S. Army, and the athletes also receive world-class training from the United States’ top coaches and trainers.

In addition to its Olympic preparation program, the U.S. Army also supports its All Army Sports Program that prepares soldier-athletes to compete at a high level in national and international completion with other branches of the U.S. military, and in some cases, soldiers from other countries.

Qualified soldiers are assigned to short-term training and competition periods, lasting between four days and three months, depending on their sport and their level of skill within their sport. Selected soldiers do not change Military Occupational Specialty (MOS) or (permanent change of station PCS), and reservists are activated for the duration of their training and competition. After the competition, the soldiers return to their assignments and locations. Soldiers apply for consideration in their sport of choice, with command approval, and if selected, they are sent to a trial camp. They go on to compete against other branches of the U.S. military in the Armed Forces Championships, and, based on their performance, may be selected to join members of the other branches as an all-U.S. team in the Military World Games.

These sporting programs are aimed at supporting the Army’s commitment to U.S. soldiers to offer a quality of life that stretches beyond the battlefield. The athletic training and competition helps strengthen soldiers physically and mentally, rewards hard work, and fosters teamwork. Allowing soldier athletes to compete is a way of thanking them for their service, and also promoting the U.S. Army by showcasing the physical capabilities and dedication of U.S. soldiers. Join us in wishing all soldier-athletes luck in their competitions, especially the nine Olympians in Rio this week.

Want to be your own version of an American hero? Please spread the word of the Aid and Attendance pension benefit with your friends and family. It can help veterans and their spouses afford the costs of care. Find out if you're eligible here. 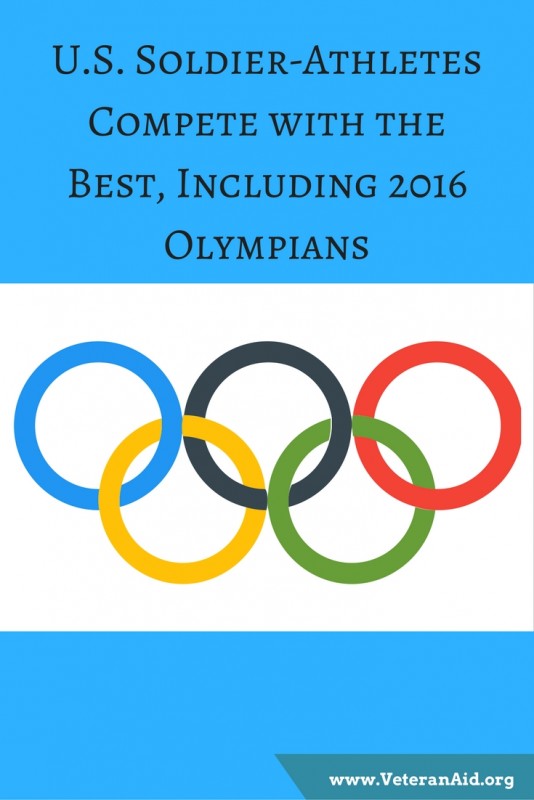 One Response to “U.S. Soldier-Athletes Compete with the Best, Including 2016 Olympians”