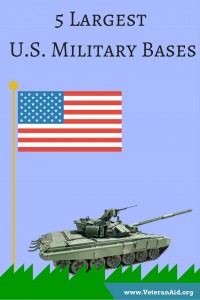 Established in 1918, Fort Bragg was originally an artillery training ground chosen for its year-round acceptable climate, suitable terrain, and rail facilities. Named after native North Carolinian, Braxton Bragg, who commanded Confederate States Army forces in the Civil War, the installation is today the home of US Army airborne forces and Special Forces, as well as U.S. Army Forces Command, U.S. Army Reserve Command, and Womack Army Medical Center. In 2016, Major League Baseball announced that the Atlanta Braves and Miami Marlins would play a special game at a newly-constructed ballpark at Fort Bragg on July 3, 2016, marking the first time an active military installation has hosted a regular-season game of a professional sports league.

Located on the Kentucky-Tennessee border, 2/3 of the installation is in Tennessee, and the rest in Kentucky. Fort Campbell is home to the 101st Airborne Division Air Assault (known as the “Screaming Eagles”) as well as the 160th Special Operations Aviation Regiment. The fort is named in honor of Union Army Brigadier General William Bowen Campbell, the last Whig Governor of Tennessee. Today, the Fort hosts the Air Assault School, called the “Toughest 10 Days in the Army.” The installation is a fully contained city, with shopping mall, hotel, bowling alley, veterinarian, post office, schools, and more.

Fort Hood was originally established as a result of the need for wide-open space to test and train with World War II tank destroyers. Around 300 families had to move to make room for the new installment, but the government created a land leasing agreement so that cattle could continue to graze the area, an agreement that remains today. Today the Fort is home to the III Corps, 1st Cavalry Division, 13th Sustainment Command, First Army Division West, 3rd Armored Cavalry Regiment, 41st Fires Brigade and many other Forces Command and other units. Famous past residents include Elvis Presley and Jackie Robinson, and the installment hosts a Fourth of July celebration with one of the largest fireworks displays in the country.

The only Army power projection base west of the Rocky Mountains, Joint Base Lewis–McChord is a training and mobilization center for all services, and is home to I Corps and 62d Airlift Wing. The current installment is the result of merging the United States Army's Fort Lewis and the United States Air Force's McChord Air Force Base in 2010. Its geographic location provides easy access to the deep water ports nearby,

Another Fort to straddle the border between two states – this time Georgia and Alabama – Fort Benning possesses the capability to deploy combat-ready forces by air, rail, and highway. The Chattahoochee River also runs through the fort, and the installment has been used as a setting for tv and movies since the 1940s. It was named a center of excellence for its training schools, and it now is home to the Maneuver Center of Excellence, the United States Army Armor School, United States Army Infantry School, and the Western Hemisphere Institute for the Security Cooperation.