The Origin of the U.S. Air Force

When two bicycle salesmen from Ohio invented and built the world’s first successful airplane in 1903, then a year 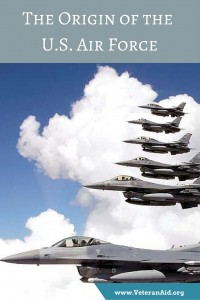 later evolved it into the first practical fixed-winged aircraft, the arena of war expanded from the seas and battlefields to the sky.

How it all began

A little more than a decade after that first flight, the U.S. entered WWI, and the first aviation combat force was created when the Air Service was formed as part of the American Expeditionary Force (AEF).  These aviation units, some of which were trained in France, provided tactical support for the U.S. Army, and the world’s first dogfights took place in the skies. With the end of the war, the AEF's Air Service was transitioned to a branch of the Army and, in 1926, was renamed the Army Air Corps. During this period, the Air Corps began experimenting with new techniques and models, like the first all-metal monoplane bombers.

The craze over aviation continued throughout the U.S., led by several noteworthy civilian aviators like Charles Lindbergh, Howard Hughes, and Amelia Earhart. President Franklin Roosevelt had become a firm believer in air power and when mobilization began in spring 1940, he called for 50,000 planes to be manufactured a year, sending the best new models to Britain to help fight against the Luftwaffe. Recognizing that the U.S. might be pulled into the War, Roosevelt requested (and Congress approved) a request for $300 million for an Air Corps and 6,000 serviceable airplanes.

The need for the Air Force continues

In September 1939, the German army and air force rapidly conquered Poland, Norway, Holland, Belgium, and France. With the bombing of Pearl Harbor in 1941, the United States entered the War full-force, and the growth of the Army Air Corps rushed to meet the needs of the war. The Corps would grow from 26,500 men and 2,200 aircraft in 1939, to 2,253,000 men and women and 63,715 aircraft in 1945. Also during WWII, the Air Corps became largely independent and autonomous form the Army Ground Forces, eventually being renamed U.S. Army Air Forces and being granted an equal voice with the Army and Navy on the Joint Chiefs of Staff.

Separating the Air Force into it's own branch

Shortly after the war, General Dwight D. Eisenhower became Army Chief of Staff and began working with Air Forces leadership on a definitive plan for the reorganization of the Army and the Air Force that would provide for the formal separation of the Air Force from the Army, even without government legislation. However, the National Security Act of 1947 officially created the United States Air Force as a separate and equal element of the United States armed forces. The new branch quickly went about establishing its own identity and structure, renaming Army Air Fields as Air Force Bases, issuing new uniforms with new rank insignia, and discarding the old ground army organizational structure.

Today the USAF is comprised of more than 5,000 manned aircraft in service, approximately 156 Unmanned Combat Air Vehicles, and 450 intercontinental ballistic missiles. It maintains more than 328,000 personnel on active duty, 74,000 in the Selected and Individual Ready Reserves, and 106,000 in the Air National Guard. 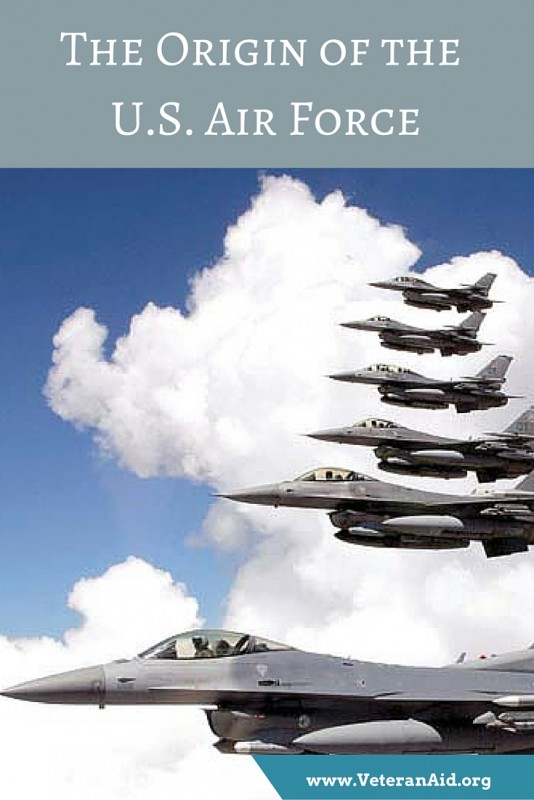