What Is PTSD Awareness Day?

Each year on June 27th, both men and women actively serving in the military and veterans with post-traumatic stress disorder (PTSD) are honored during PTSD Awareness Day. 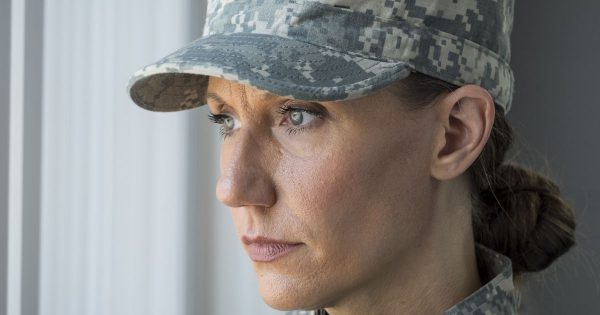 Learn more about PTSD Awareness Day and the brave men and women who have endured the stress and trauma of combat while serving their country.

PTSD can occur in anyone who has witnessed one or more traumatic events and the U.S. Department of Veterans Affairs (VA) reports that PTSD occurs in approximately 11-20 out of 100 veterans (about 11-20%).

It’s important to note that not everyone responds the same to stressors and trauma (such as those experienced in combat). Combat-related military service that causes one person to develop symptoms of PTSD may not affect others who go through the exact same experience.

What Is PTSD Awareness Day?

Senator Kent Conrad of North Dakota worked to get an official day of recognition for PTSD in honor of a Staff Sgt. Joe Biel, a North Dakota National Guard member who committed suicide in 2007, following two Iraq tours of duty. Senator Conrad helped to initiate National PTSD Awareness Day to help educate veterans (and their family members) who are impacted by the condition.

In 2014, the Senate deemed the entire month of June as National PTSD Awareness Month and June 27th the official day of recognition; observed each year on Staff Sgt. Biel’s birthday.

To learn more about PTSD, go to The Department of Veterans Affairs official site, which offers several webpages on PTSD education for veterans.

Note that when military members retire or separate from the service, the VA claim forms have a space for service-connected disabilities and injuries.  Today, an option has been added to request a PTSD evaluation as part of the VA claims process.

If you or a loved one is having self-destructive thoughts, it’s important to get help right away. The Suicide Crisis Hotline for veterans should be contacted immediately (1-800-273-8255) or veterans should access this 24/7 confidential online chat resource.