Given the nature of the conditions, exact statistics on veterans living with PTSD and TBI are hard to obtain. However, recent surveys suggest that approximately 20% of Iraq and Afghanistan veterans have PTSD, 19% have a traumatic brain injury and 7% have both conditions. 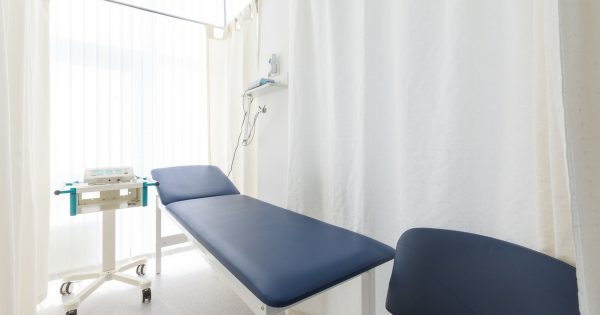 All accepted therapies have the potential to make a huge impact in the health and wellness of Veterans living with these conditions.

Treatments for PTSD and TBI

The VA has accepted two emerging therapies aimed at mitigating the challenges Veterans living with PTSD and TBI face every day.

VA Secretary Dr. David J. Shulkin says, “We know that for a small group of Veterans, a traditional approach to health care may not be the most effective. This is particularly true with certain chronic medical and mental health conditions. For Veterans who don’t improve, we have to look for innovative, evidence-based approaches that may help them restore and maintain their health and well-being.”

For Veterans with PTSD, the VA is now using stellate ganglion block (SGB), a medication that is injected into the neck to decrease symptom associated with PTSD. SGB is known as a cervical sympathetic block, which involves injecting a local anesthetic into the stellate ganglion, which is a bunch of nerves located between the C6 and C7 vertebrae in the neck. These nerves are responsible for regulating blood flow and processing senses in the arms, head and neck. SGB is known to also treat migraine and hot flashes.

Recent studies about the effectiveness of SGB injections to treat PTSD are largely inconclusive but individual Veterans have reported it has helped calm their symptoms. One vet who has received SGB therapy says, “Since the injection, I can look at things in a different light and deal with it. I had someone ask me if this is a miracle, and I said, “I don’t know if it’s a miracle, but it’s working for me.’”

Veterans with mild to moderate TBI can no use light emitting diode (LED) therapy. This particular therapy contains LED in a lightweight helmet placed on the head and clipped to the nose. The LEDs then shine light on sides middle and front of the head through the scalp. The therapy is painless and considered to be a non-significant risk therapy. A treatment takes around 30 minutes and is currently available at some VA hospitals and is also available for Veterans to do in their homes. Studies have shown that LEDs improve attention, brain function, emotion, memory and sleep. Researchers believe the light from the diodes boost the output of nitric oxide where the LEDs are placed, ultimately improving blood flow to those areas of the brain.

Research linguist, speech pathologist for the Boston VA, research professor of neurology at Boston University School of Medicine and lead investigator on a study evaluating the effects of LEDs on the brain, Dr. Margarate Naeser says:

“We are applying a technology that’s been around for a while, but it’s always been used on the body, for wound healing and to treat muscle aches and pains, and joint problems. We’re starting to use it on the brain.” She went on to say, “The light-emitting diodes add something beyond what's currently available with cognitive rehabilitation therapy. That’s a very important therapy, but patients can go only so far with it. And in fact, most of the traumatic brain injury and PTSD cases that we've helped so far with LEDs on the head have been through cognitive rehabilitation therapy. These people still showed additional progress after the LED treatments. It's likely a combination of both methods would produce the best results."