The U.S. Army Transport (U.S.A.T.) Dorchester was a World War II troop ship that was hit by a German torpedo on February 3rd, 1943. The ship’s story became very famous due to the rescue efforts of many brave men, from the crew of nearby ships in the convoy, to the brave acts of the “Four Read More »

The National Mall in Washington, D.C. serves as a place of recreation and rest. It is also an iconic place to memorialize the ideals of the United States. The Mall has several monuments to groups, places and wars instrumental to the preservation of freedom. Now, a new monument to honor Native American veterans is in Read More »

Art From the Frontlines: Exhibit Tells the Stories of WWI

Posted in Uncategorized on March 8, 2018

The year 2018 marks the centennial anniversary of World War I, also known as “The Great War” and the “War to End All Wars,” reminding the world of the 16 million civilians and soldiers who died or disappeared over four years of fighting. While the war originated in Europe and the U.S. entered into the Read More »

100 years ago this year, the world’s first Great War finally came to an end. Sadly, it was not the “War to End All Wars,” as many hoped, but it did mark the first coordinated alliance across the nations, with more than 70 million military personnel mobilized. While the last WWI veterans have long since Read More »

Whether you are a veteran yourself, a family member, or a citizen who simply admires and values the heritage of the U.S. military, you will undoubtedly appreciate the interactive experiences offered at today’s top military museums. From one-of-a-kind artifacts to sensory exhibits, the country’s best military museums give full honor to the experiences, evolution and Read More »

Posted in Uncategorized on February 27, 2018

When it comes to taxes, navigating regulations and terminology are difficult, but even more so for our nation’s veterans. That’s because there are many different types of veterans benefits and pensions, and each one is treated differently at tax time. In most cases, you’ll need to know which benefits should be included as income (and Read More »

Posted in Uncategorized on February 20, 2018

Recent studies estimate that around 33% of all Americans are considered obese or overweight. Unfortunately, veterans seem to be at an even higher risk of struggling with their weight, with more than three-quarters of veterans falling into the obese/overweight category, according to the Department of Veteran Affairs (VA). In an effort to combat this statistic, the VA Read More »

Posted in Uncategorized on February 15, 2018

In what is being called an “ambitious modernization plan,” the Department of Veteran Affairs (VA) recently rolled out improvements to its communication avenues for veterans and their families, with a primary focus on online tools. In a statement acknowledging that communicating with the VA can sometimes be “complicated and frustrating,” the VA recently outlined some Read More »

A New Partnership Between the Humane Society and VA

Posted in Uncategorized on February 13, 2018

In late 2016, the Department of Veteran Affairs (VA) and the Housing and Urban Development (HUD) announced that the number of homeless veterans in the U.S. had been cut nearly in half since 2010, dropping an impressive 17% from January 2015-2016 alone. That reduction was nearly quadruple the typical reduction seen year over year in Read More » 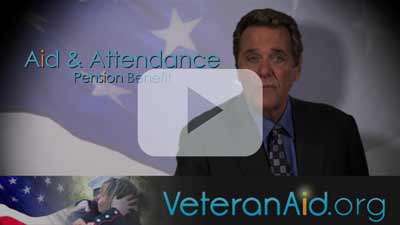