Whether you are a veteran yourself, a family member, or a citizen who simply admires and values the heritage of the U.S. military, you will undoubtedly appreciate the interactive experiences offered at today’s top military museums. 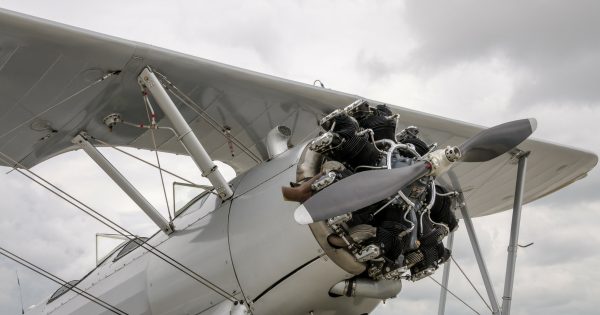 From one-of-a-kind artifacts to sensory exhibits, the country’s best military museums give full honor to the experiences, evolution and impact made by the American military:

The National Naval Aviation Museum is the world’s largest museum of its kind and features more than 150 restored aircraft representing Coast Guard, Marine Corps and Navy aviation, displayed inside the museum’s 350,000+ square feet of exhibit space and outside on its 37-acre grounds. Some of the top attractions include full-motion flight simulators and the seven-story high theater screen that offers the true experience of flying along with the Blue Angels in “4D” – 3D imagery with added special effects. The museum also explores the personal side of the aviation history, with memorabilia including personal mementos from flight clothing, flight logs, vintage equipment etc. 800-327-5002; navalaviationmuseum.org

Located on an expansive 200-acre tract of land just outside of the United States Army Maneuver Center of Excellence (MCoE) at Fort Benning, this award-winning museum displays one of the most impressive collections of military artifacts in the nation. As recognition of the infantryman’s role in facing the enemy “bayonet to bayonet” at the end of the battlefield, the museum’s signature exhibit is “The Last 100 Yards,” a gently sloped ramp containing life-sized dioramas depicting significant battles. Also impressive is the outdoor “World War II Company Street” display, featuring preserved historic barracks, mess hall, orderly room, etc. and headquarters used by Gen. George S. Patton, as well as a period PT field and Sherman tank. 706.685.5800; nationalinfantrymuseum.org

The largest and oldest military aviation museum in the world, this museum is located at Wright-Patterson Air Force Base and collects, researches and presents the Air Force's heritage and traditions, as well as today's mission to “fly, fight and win.” It will soon be home to one of the most iconic symbols of World War II – the B-17F Memphis Belle – which will be set on permanent display exactly 75 years after its crew finished their last mission in the war against Nazi Germany on May 17, 1943. Additionally, the museum features more than 360 aerospace vehicles and missiles – many rare and one-of-a-kind – along with thousands of historical items, powerful sensory exhibits, and flight simulators. (937) 255-3286; nationalmuseum.af.mil

4. National Museum of the Marine Corps

Located on 135 acres adjacent to Marine Corps Base Quantico, this museum aims to showcase the history of the nation through the eyes of the Marine Corps, convey what it’s like to be a Marine, and explore how the Marine Corps has evolved over the past 200 years. More than 60,000 artifacts fill the museum, including the iconic American flag raised over Iwo Jima’s Mount Suribachi. The exhibit “Making Marines” immerses visitors in the memorable experiences that forges recruits and officer candidates into privates and lieutenants. You can even test your marksmanship skills at the M-16 laser rifle range ($5 charge). 877.653.1775; usmcmuseum.com

5. The National World War I Museum and Memorial

After crossing over a long glass bridge, visitors to The National World War I Museum and Memorial encounter a “field” of more than 9,000 red poppies representing the combatant fatalities lost in the Great War. The only American museum solely dedicated to preserving the history and personal experiences of a WWI, the museum’s exhibits range from an interactive Portrait Wall of American heroes and a “Chronology of the War” display to an Immersion Gallery that gives you a true on-the-battlefield experience with large-scale installations and walk-throughs. The towering Liberty Memorial stands onsite as a “beacon of freedom and a symbol of the courage, patriotism, sacrifice, and honor of all who served in World War I.” 816-888-8100; theworldwar.org