More than 65 million retired Americans and their dependents are projected to receive benefits from the U.S. government in 2017 via monthly Social Security payments, and keeping up with the changes to filing policies and strategies can be a daunting task. In particular, 2016 saw significant changes to Social Security claiming rules, after an emergency bill was passed to avoid U.S. debt default, bail out Medicare from substantial premium increases, and 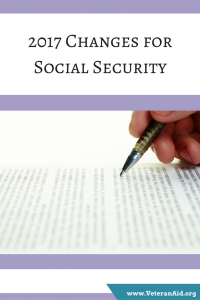 Thankfully, though many seniors and financial planners may still be reeling from readjusting strategies based on these new restrictions, changes forecasted to come in 2017 seem significantly more minor, and even include a (very modest) increase in monthly payout to recipients due to a cost-of-living (COL) adjustment.

Beginning in January 2017, Social Security payments will increase 0.3 percent, which averages out to about an extra $5 a month. By law, COL adjustments are assessed annually, looking at the average costs for goods and services, inflation, and the Department of Labor’s Consumer Price Index (CPI-W). In the past, COL adjustments have ranged from zero in 2010, 2011, and 2016, to 14.3 percent in 1980.

Additionally, the maximum possible payout for someone retiring at his or her full retirement age of 66 will increase to $2,687 in 2017, up $48 from 2016. Unfortunately, for many seniors, increasing costs in Medicare may quickly gobble up the extra monthly cash.

Other changes for 2017 include a higher tax cap, meaning that employees can pay into the social security system, with matching employer payments, up to a higher amount. For example, most Americans pay 6.2 percent of their salary into the system, up until their salary reaches a maximum taxable income, which in 2016 was $118,500. In 2017, this max will increase to $127,200, reflecting an average increase in worker wages. An individual’s earnings above this salary amount will not be taxed by Social Security or used to calculate future payouts. This change is expected to allow 12 million Americans to pay more into the system for a longer amount of time.

Additionally, seniors who work while also receiving Social Security benefits will see a slight adjustment for the average increase in worker wages. Retirees who work and also received Social Security may have part of their benefit temporarily withheld if they earn too much, especially if they are under the age of 66. The Social Security earnings limit – the point at which some of your benefits will be withheld – for people age 65 and younger will increase from $15,720 in 2016 to $16,920 in 2017. For those turning 66 in 2017, the earnings limit increases to $44,880, but the payment reduction declines to $1 withheld for every $3 earned over the earnings maximum. Once you turn age 66, payments are no longer withheld, even if you work and receive benefits at the same time.

The good news for seniors who have served in the U.S. military is the fact that the Aid & Attendance benefit offered by the Department of Veteran Affairs (VA) remains relatively unaltered for 2017. This little-known “improved pension” benefit for veterans and their families provides eligible veterans and spouses additional monetary benefits to help pay for the regular attendance of another person to aid in activities of daily living (ADLs) such as eating, bathing, dressing, medication dosing, or hygiene. It also helps individuals who are blind or in a nursing home because of mental or physical incapacity, and also covers assisted care in an assisted living facility. The 2017 changes predicted for the Aid & Attendance benefit do include a new 3-year look-back into the financial history of a senior, which means more paperwork, but the payouts and eligibility requirements are forecasted to remain stable.

Seniors looking towards their retirements in 2017 and beyond continue to grapple with the Social Security changes enacted in 2016, the most impactful perhaps being the restriction of “file and suspend” policies for married seniors. In the past, a senior could claim and receive a spousal benefit while suspending his or her own personal earnings benefits, allowing their future potential monthly payouts to increase thanks to delayed filing. The 2016 changes no longer allow this, instead requiring a filing senior to receive only one type of benefit without changing later, typically whichever benefit payout – spousal or individual – is higher. This dramatically impacted seniors looking to make the most of their long-term payouts while also hoping to supplement their current incomes and dependent benefits as soon as possible.

It continues to be advisable to meet with a financial planner when navigating the process of preparing to file for your or your spouse’s Social Security benefits There are also multiple online tools and other resources to start or continue your research to ensure you make the most of all you’ve paid into a constantly evolving system. 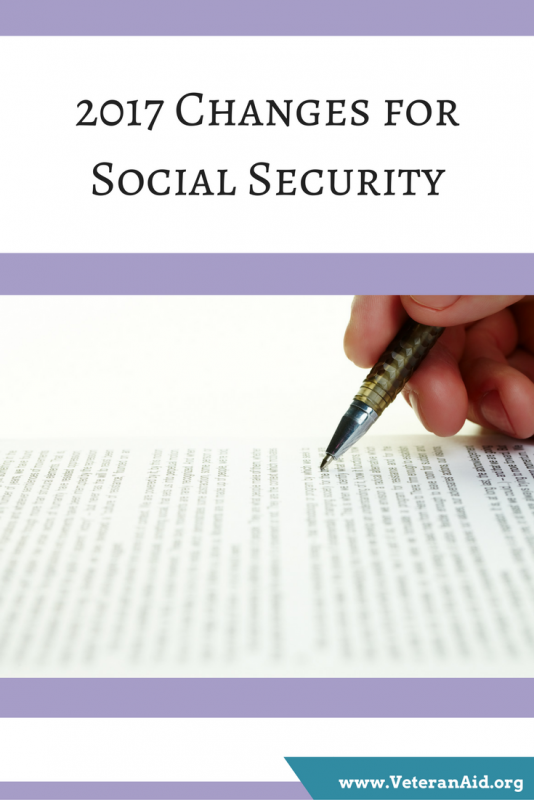