Women have faced many challenges throughout history, including their struggle to become equal members of the military community. With nearly 200,000 active servicewomen and 1.8 million female veterans, women are a growing cohort in many of today’s worldwide military operations. It is important to understand the history of how women have made their mark in war decisions, and in their military tours. Check out these 3 must-reads to get a 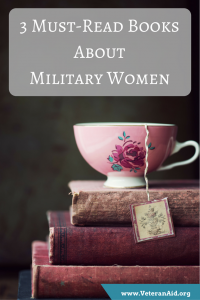 better understanding of what it is like to be some of the first females to fight for the United States, and effectively change the course of history for military women everywhere.

Few women have achieved the status of General, let alone a Four-Star General. In June 2008, President George W. Bush nominated Ann Dunwoody to be the first female to ever achieve the rank of four-star general. In her autobiography, “A Higher Standard: Leadership Strategies from America’s First Female Four-Star General”, General Ann Dunwoody shares her story of what it was like to be a senior commanding officer in the US Army. Her famed role as a master logistician kept operations and supply chains fluid during the conflicts in Iraq and Afghanistan. With nearly 69,000 military personnel under her command, Dunwoody knows a thing or two about leadership and what it takes to make an impression. Her book illustrates her work ethic and the leadership principles that helped her climb the Army ranks, such as, “Never walk by a mistake” and “Leaders aren’t invincible, don’t try to be.”   You can purchase her book from Amazon here.

Women have had a substantially hard time making their mark in the military, especially in combat. History has told many stories of females dressed as males in order to fight alongside their male counterparts. Women no longer have to hide their identity to serve, yet they are still largely kept out of battlefield engagements. However, in 2010 the US military launched a pilot program that would enable women, for the first time ever, to be “attached” to combat units. The book “Ashley's War: The Untold Story of a Team of Women Soldiers on the Special Ops Battlefield” captures the story of 1st Lt. Ashley White. Lt. White was part of a U.S. Army Special Operations Cultural Support Team, a pilot program to put women on the battlefield alongside Green Berets and Army Rangers. This nonfiction narrative is told by first-hand war journalist, Gayle Tzemach Lemmon. Lemmon uses her wartime experience to document and report on the challenges of this unique female Support Team. Her book also talks of the tragedy that befell Lt. White, and details her heroism on the field in Afghanistan.

The picture of females throughout military history would not be complete without a look into the past. Many have had to do the unimaginable to earn their right to fight. The next book, “Liar, Temptress, Soldier, Spy: Four Women Undercover in the Civil War” depicts the lives of four outrageous women. Told by best selling author Karen Abbott, “ Liar, Temptress, Soldier” offers a glimpse at what these women had to do during the Civil War. The story follows the lives of a socialite, a farmgirl, an abolitionist and a widow, all of whom operated as Civil War spies. The information in the book is based on primary source interviews with the descendants of the spies. It also features interesting details of how these women had to interact with other famous individuals of the time, including Abraham Lincoln, General Stonewall Jackson, and even Napoleon III.

There are many more stories both told and untold of the harrowing tales of military women. These three books are just a snapshot into the lives and times of a few. Please be sure to share these great stories with the important, strong, and courageous women in your life. Enjoy! 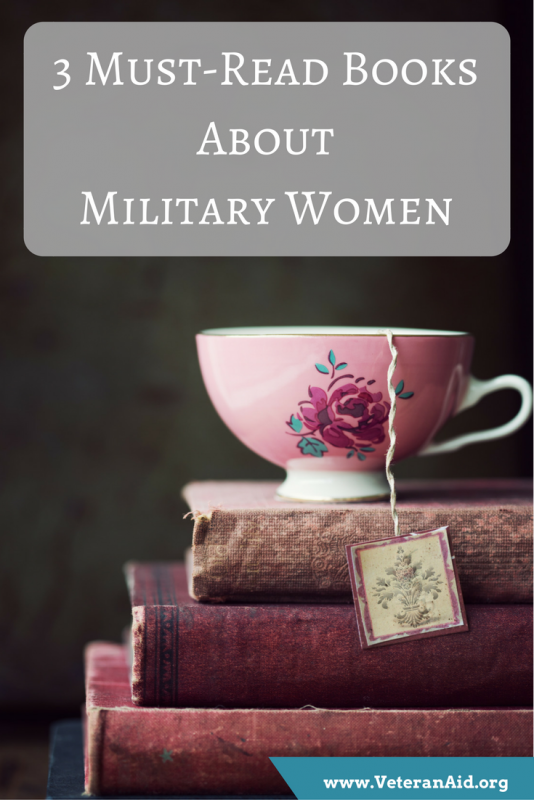