In November 1992, eight soldiers perished in a C-12 crash in Alaska. Their families were at a loss. In their grief, they struggled to find a support system, and finally turned to each other for help. Here they found understanding and assistance they could find nowhere else; no one else could know what they were experiencing like those who had 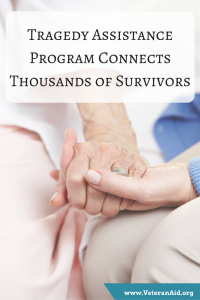 gone through it themselves.

Two years later, this group of survivors formed the Tragedy Assistance Program for Survivors (TAPS), and has since assisted more than 60,000 surviving family members, casualty officers, and caregivers. Their expanded network today offers a wide range of free support for survivors, from in-person events and seminars, to peer mentorship, to counseling and casework. Parents, siblings, spouses, children, extended family, and caregivers of a grieving child are all included in TAPS outreach programs, including those who have lost their servicemember to suicide.

The free TAPS 24-hour helpline (1-800-959-8277) receives roughly 1,280 calls per month, providing vital and sometimes lifesaving support at any time of the day or night. The trained survivor care team member will not hang up the phone until a plan is put in place to help the survivor receive the help she or he needs. Along with their 2,000 nationwide volunteers, TAPS is helping families and loved ones slowly begin to heal from the heartbreaking loss of losing a loved one to war.

A key focus of TAPS is supporting the children of military personnel killed in action. Their Good Grief camps are aimed at survivors, ages 4-18, and pair each child or teen with a military mentor for the entire weekend. The mentors are typically former or active military and stay in touch with the child for many years after their initial meeting. TAPS covers the cost of the camp, as well as the expenses to research, train, and house all of the mentors for the camps. Good Grief camps teach the survivor children new coping strategies, establish and strengthen support systems, and show them that they can have fun without forgetting their loved ones.

An especially useful and personal outreach of TAPS is its Peer Mentor program that pairs a trained mentor survivor who is at least 18 months past his or her loss with a mentee, based on the similarities of their grief journeys. TAPS mentors have reached a place in their journey where they can now offer their time and their heart to a newly bereaved person, who is experiencing what they experience themselves. Together the survivors can support each other, and find a friendship that truly understands the experience of loss and healing.

The TAPS website offers a wide range of resources for survivors and families, but also features an entire section focused on the media. It offers several documents that can help a journalist interviewing a surviving family member, as well as brief training documents to help families who have suddenly become public figures after the death of their loved one. TAPS also can help facilitate relationships between journalists seeking to share the stories of survivors, and those who are willing to do so.

TAPS is completely free to survivors and to the volunteers it trains. The organization receives no funds from the government, but relies on the donations of private and corporate partners who care about supporting military families. Across the nation, supporters host fundraising events, donate in honor of a loved one, form Team TAPS groups for sporting events, offer corporate sponsorships, and commit to regular planned giving. For 2016, TAPS is on track to support more than 12,000 survivors at 39 events. 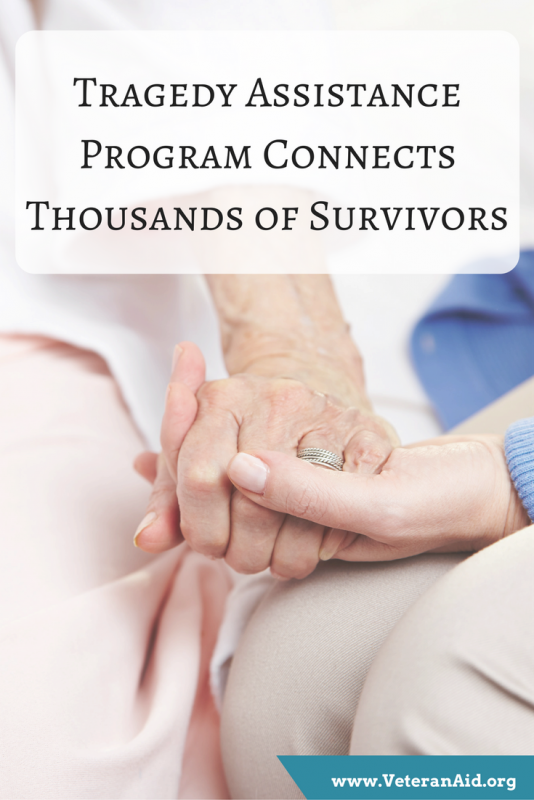