The United States maintains 800 military bases in more than 70 countries and territories around the world. Below are seven of the most extreme military installments domestically and abroad. 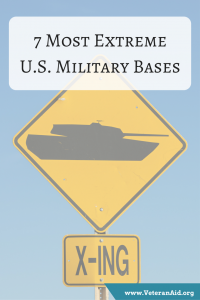 Located just 947 miles away from the North Pole, Thule is the United States’ northernmost U.S. base. The base is only accessible for three months out of the year, and is built on permafrost for stability. All important equipment lines – from electric, to communications, to sewer – must be built above ground to ensure they are accessible for repair as needed. At Thule, the 12th Space Warning Squadron operates early warning system for Intercontinental Ballistic Missiles, but also actively conducts space surveillance. The base maintains “artic vestibules” that offer 24/7 access to shelter while keeping the buildings secure.

Just outside Alice Springs, in the heart of the blistering Australian dessert heat, Pine Gap houses a joint missile monitoring facility for the U.S. and Australian forces. Though construction on the base started in 1966, dessert flooding, extreme heat, and lack of paved roads made it difficult to complete. The base opened in 1970 and today continues its monitoring activities, as many of the specific technologies thrive in extreme environmental settings.

This base is “extreme” because of the type of materials handled there, including deadly diseases like Anthrax, Ebola virus, plague, and monkeypox. USAMRID is the only Biosafety Level 4 (BSL-4) laboratory under the purview of the DOD, and the base contains airtight buildings with double-door airlocks, fumigation chambers, and sophisticated filtration systems. The military and civilian world has benefitted from the vaccines, diagnostics, and treatments developed at USAMRID.

Built 2,000 feet under granite and part of the Cheyenne Mountain Air Force Station, this site was formerly the center for the United States Space Command and NORAD. Personnel still monitor the air space of Canada and the U.S. for missiles, space systems, and foreign aircraft through an early-warning system. Protected with 25-ton blast doors, the bunker is also a recovery site in case of disaster; 800 personnel could survive for 30 days completely cut off from the rest of the world. The complex also is the only high altitude DOD facility certified to be able to sustain an electromagnetic pulse (EMP).

Visually striking with its towering 180 antenna, the High-Frequency Active Auroral Research Program is a collaboration of the U.S. Air Force, Army, and the University of Alaska. The  $250 million high-frequency radio array can stimulate the ionosphere – a region of charged particles approximately 50 miles up in the atmosphere – that is created by the interaction of radiation from the sun with the Earth's atmosphere. While the center of many conspiracy theories on the true purpose of the base, the official use is researching and developing surveillance and communications advancements.

Established after the attack on Pearl Harbor, this installation today encompasses 800,000 acres, the size of Rhode Island. The grounds are used to test defense systems against chemical and biological warfare, as well as military-grade smoke bombs. During WWII, personnel tested fire-causing weapons on replica German and Japanese villages that even were furnished with accurate furniture; the German village can still be seen today.

Home to the Reagan Test Site, this base stretches over 11 of the 100 islands in the Republic of Marshall Islands, 2,100 nautical miles southwest of Honolulu, Hawaii. This atoll is the world's largest coral atoll surrounding the world's largest lagoon. The U.S. government leases the 11 islands from the RMI government and contractor-operated logistics support services for the 2,5000 residents, including housing, retail, food, medical/dental, K 1-12 schools, child-care, police, fire protection, postal, recreation, TV/newspaper, and more. Radar, optics, telemetry, and communications equipment on eight of the islands provide instrumentation for ballistic missile and missile interceptor testing, as well as space operations. 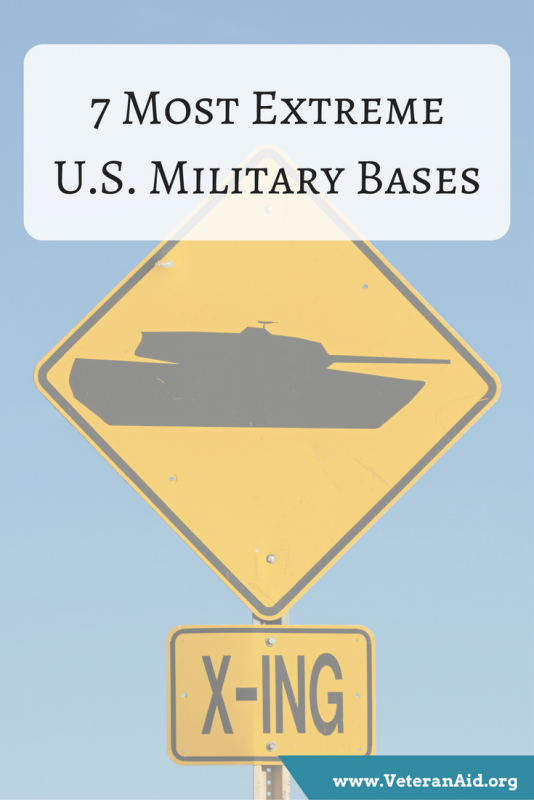