The History of the U.S. National Guard

The National Guard of the United States is not only the only branch of the U.S. military whose existence is outlined by the U.S. Constitution, but it is also home to the oldest units in the U.S. military, tracing back its origin to the first militia regiments organized in North America in colonial Massachusetts, 1636.

Today, more than 1.4 million reservists represent each state of the Union – as well as the territories of Guam, the 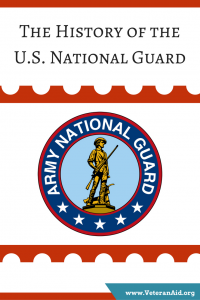 Virgin Islands, Puerto Rico, and the District of Columbia – for 54 active units. “Civilian in Peace, Soldier in War,” a Guard Soldier holds a civilian job or attends college while maintaining his or her military training part time. A Guard Soldier’s primary area of operation is his or her home state, and enlistment lasts for 8 years, with varying degrees of training and deployment.

The National Guard is a joint activity of the United States Department of Defense (DoD) and operates under a combined jurisdiction of both state and federal governments. The Guard stands “Always Ready” to mobilize and responds to domestic emergencies, overseas combat missions, counterdrug efforts, reconstruction missions, and more. Any state governor or the President of the United States can call on the Guard in a moment’s notice.

Local militias have been an important part of colonial life in the New World since the first explorers. It is believed the first muster of a militia force in North America took place on September 16, 1565, in the Spanish military town of St. Augustine. Local militiamen were assigned to guard the expedition's supplies while the enlisted troops went north to attack a French settlement at Fort Caroline.

At the same time, civilian colonists, far from their federal government across the ocean, were creating their own reserve military forces that could mobilize in time of need. On December 13, 1636, the Massachusetts Bay Colony organized three militia regiments to defend against the growing threat of the Pequot Indians, an event that today is celebrated as the origin of the Army National Guard. After the birth of the new United States in 1776, the young government continued to maintain only a minimal army and instead relied on state militias – that corresponded to the earlier Colonial militias – to supply the majority of its troops.

This approach remained until the early 1900s, but not without challenges. The nature of state-held militias left room for some discrepancies, not only in regard to training and operation, but in regard to how and when a militia would participate in federal conflicts. For example, during the War of 1812, members of the New York Militia refused to fight the British in Canada, arguing their only responsibility was to defend their home state. In another example, Governor Martin Chittenden unsuccessfully attempted to recall Vermont's militia from the defense of Plattsburgh, believing that it was illegal for them to operate outside Virginia’s state borders.

Finally, after the Spanish–American War in 1898, the U.S. Congress was called upon to reform and regulate the training and qualification of state militias, and to resolve the issue of state versus federal control for state militias. Five years later, Congress passed the Militia Act of 1903, also known as the Dick Act, named after proponent Senator Charles Dick, a veteran of the Spanish-American War and longtime National Guard member who attained the rank of Major General in the Ohio National Guard.

The new act codified the circumstances under which the National Guard could be federalized, and provided federal funds for state militias to update equipment, increase training, and even host annual summer encampments. In return, the National Guard units began to organize their units more like regular Army units, and worked to meet the same training, education, and readiness requirements as active duty units.

The National Guard of the United States continues to serve as an important element in the security of the United States and for freedom-loving people everywhere, ensuring the our nation always stands ready to respond when needed to any emergency, domestic or abroad, thanks to American Guardsmen. 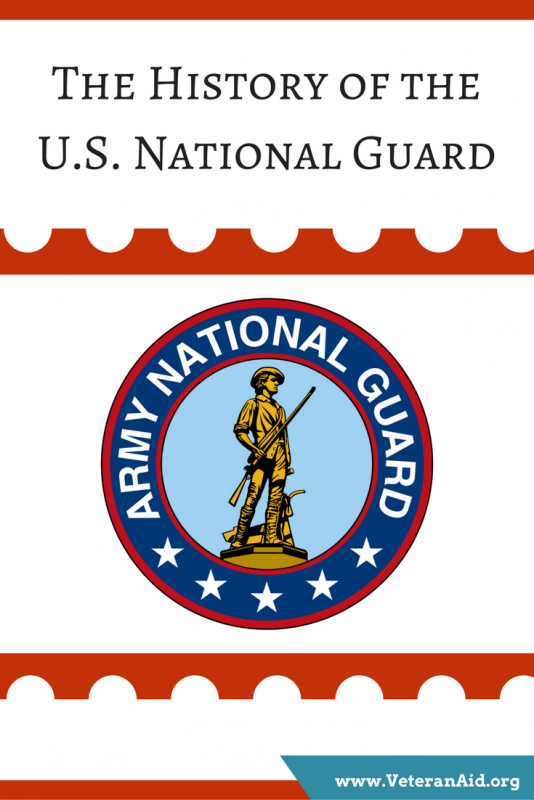