All of the New York City Veterans Resources You Need

Continuing our series on the best way to find local veteran resources in your city, today we are highlighting New York City. Other cities covered so far include Chicago and Houston, and we plan on showcasing veteran services and support groups in seven additional cities in the days and weeks to come. 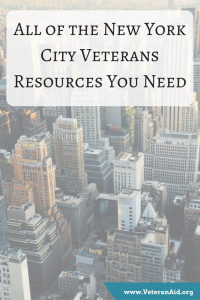 New York State is home to nearly 900,000 U.S. veterans, with the largest percentage being in the 65-69 year old age group, and Vietnam being the most-represented conflict. While a higher percentages of veterans live in the more rural areas of New York state, in New York County – home to Manhattan – you’ll find 33 veterans for every 1,000 people.

At the end of 2015, New York City Mayor Bill de Blasio announced that, after a two-year effort, the U.S. Department of Housing and Urban Development, along with the Department of Veterans Affairs, and the United States Interagency Council on Homelessness, notified the city that it had achieved its goal in ending chronic homelessness for veterans in the city. This signified that all known veterans experiencing chronic homelessness had either been housed or were in the process of receiving permanent housing, with the exception of five veterans who had been offered housing but had not yet accepted it.

According to the mayor’s office, the city is committed to sustaining these efforts and has put a process in place to rapidly identify, target, and prioritize housing resources for veterans who are at risk of becoming chronically homeless. The VA of New York also has an emergency assistance short-term housing program in place for veterans who are at risk of becoming homeless or who are already without a home. The program provides free housing for single vets with an on-site meal service and access to a caseworker.

IN 2016, the New York City Department of Veterans Services (DVS) was established to continue efforts to ensure all veterans have access to services for finding and maintaining a home. The department created an extensive list of resources to help veterans get the most for their money when purchasing a home. The department also launched several initiatives aimed at helping veterans maintain physical, mental, and spiritual wellbeing, as well as expanding career and employment opportunities and facilitating access to benefits.

For U.S. veterans living in the five boroughs or surrounding counties, there is a long list of health care resources nearby.  The VA New York Harbor Healthcare System has two main locations – one in Manhattan (423 E 23 Street) and one in Brooklyn (800 Poly Place) – as well as a community living center in Jamaica (179-00 Linden Blvd). There are also community-based outpatient clinics in Harlem and Staten Island, and vet centers in Brooklyn, Harlem, Manhattan, Queens, and Staten Island. You can contact your local vet center for free during regular business hours at 1-800-905-4675.

New York residents are proud to honor their veterans and every Veteran’s Day put on the nation’s largest celebration of military service with the America’s Parade. Featuring more than 38,000 participants, 300+ marching units, and 500,000 spectators along the parade route, the parade traces its roots back to the War of 1812. The parade is an excellent opportunity for veterans to see first-hand the appreciation of the city. New York City veterans can also connect with fellow veterans at the local Veterans of Foreign War (VFW) Post 528, located at 248 W 132nd Street. In addition to hosting events for veterans and their families, the VFW offers trained VFW Service Officers that can help veterans file and appeal benefit claims.

The National Alliance for Mental Health (NAMI) is dedicated to helping veterans cope with depression, PTSD, and other conditions. New York City residents can visit their local NAMI office at 99 Pine Street, Suite 302. In an emergency, contact the Veteran’s Crisis Line at any time of day by calling (800) 273- 8255. 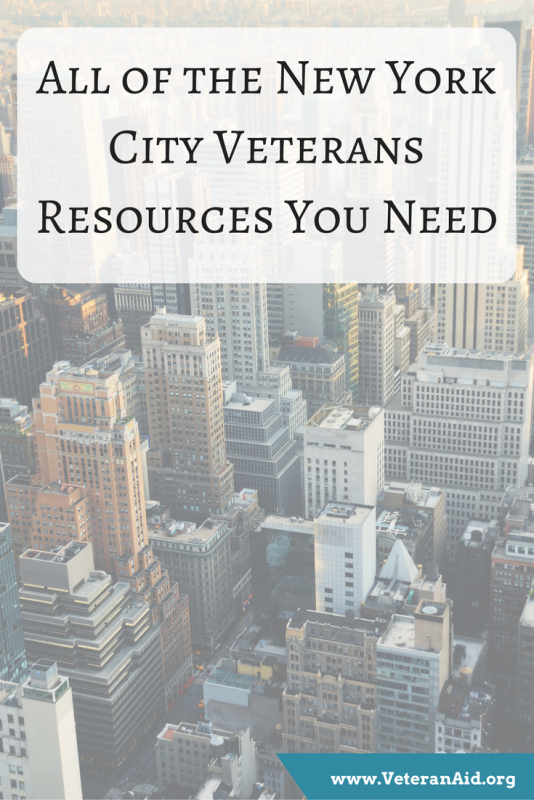