Iconic Images: 4 War Photos You Might Not Have Seen But Should

War photography has been an important and interesting element of warfare since the invention of photography in the 1830s. War photographers during the U.S. Civil War staged and recreated still scenes from the battles since daguerreotype photography took several minutes to shoot, and, for the first time, American civilians could see with 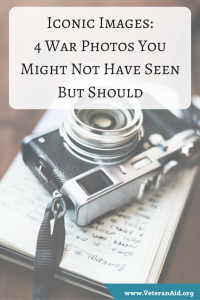 their own eyes the realities – the bravery, bloodshed, victory, and horror – of what a soldier experienced.

Over the last 180+ years, combat photographers have clicked millions of frames of images. Some of the most iconic images have done more to educate generations of Americans about the realities of war than hundreds of reports or books. Some have gone so far as to sway public opinion, or create an impetus for change. In any case, one cannot argue with the power of a war photo to tell a story in a single moment.

While many iconic photos are part of the common American consciousness – such as Iwo Jima, the kiss in Times Square, and Nick Ut’s Napalm Girl – others are less known but still mesmerizing. Below are four impactful war photos that you may not have seen but that speak volumes about the reality of war.

Robert Capa was a Hungarian war photographer who captured many iconic photos from the very midst of war, including this image of Americans leaving their landing ships and struggling their way onto the deadly shores of Normandy on June 7, 1944, under heavy German fire. Swimming alongside the American soldiers, he captured images of the firsthand perspective of conquering the seemingly impossible task, taking the beach in the deadly and pivotal moment of WWII. Capa survived the D-Day invasion, but was sadly killed at the age of 40 being struck by a landmine on assignment in the First Indochina War.

U.S. Navy Hospital Corpsman HM1 Richard Barnett, assigned to the 1st Marine Division, holds an Iraqi child in central Iraq, March 29, 2003. Photographer Damir Sagolj explained that only years later did he understand some of what happened the day of this, his most widely published photo from the Iraq War. For some unknown reason, a family of civilians were being pushed by local gunman towards U.S. Marine forces who responded by opening fire. In the confusion, many were left dead and injured, and this corpsman worked to comfort and protect the small child.

Out of Ammunition, Korea

In Korea, 1950, Marine Capt. Francis "Ike" Fenton’s company has been fighting all night and more than half of his 190 men are wounded or killed, including his first sergeant. They have lost contact with superiors and he is now told they are almost out of ammunition. Fenton’s company, however, is sent into a breach in the perimeter and ordered to "hold at all cost.” Using bayonets and grenades borrowed from another company nearby, Fenton’s men hold the line. Photographer David Douglas Duncan explained that his goal was to always show “what a man endures when his country decides to go to war.”

Wounded Marine Gunnery Sgt. Jeremiah Purdie (standing, with bandaged head) reaches toward a gravely injured young Marine after a firefight south of the DMZ, Vietnam, October 1966. This photo remained unpublished by Life Magazine until the time of photographer Larry Burrows’ death five years later, when he perished in a helicopter crash with several other combat photographers. This photo in a single moment explains the pain and horror of war, and how camaraderie and concern for one another overcomes even in the most painful moments of war. Both Marines survived the war, and would go on to grow old back in the States; in fact the younger Marine paid his final respects to Purdie with his family after his death at the age of 74. 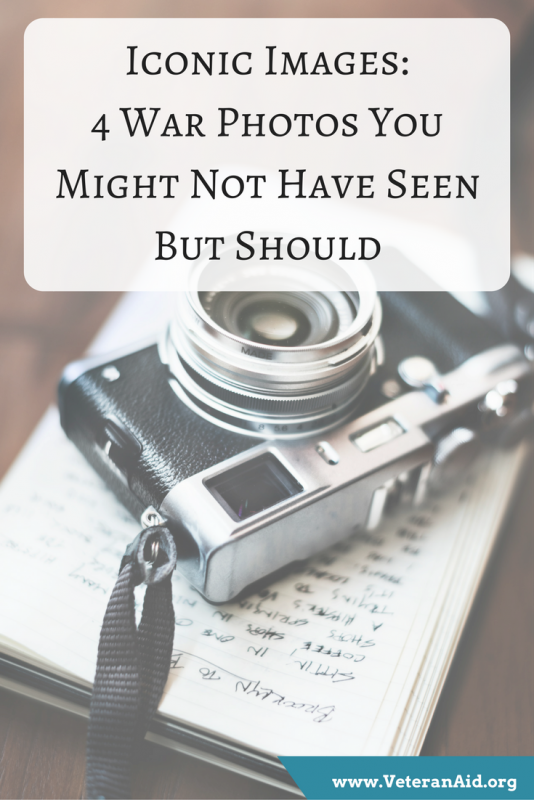