Cameras in Combat: War Photographers Tell Stories from the Frontline

Most of us don’t think twice about where the photos of war we see on a regular basis come from. We don’t imagine a fully uniformed man or woman, weapon strapped to their side, shielding a camera lens from a dust storm to capture the image of a post-assault tank rolling through a village street. But for combat photographers in all branches of the 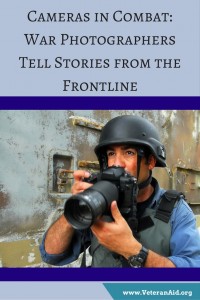 service, this is the reality of their Military Occupational Specialty (MOS).

Whether their assignment is to support public affairs or the communications branch, these photographers all agree that they are first a Marine, a Soldier, a Sailor, or an Airman. They go through the same basic training, maintain and master the same weaponry, and take care of themselves and their fellow team members on the battlefield first and foremost. After that, they turn their attention to capturing imagery that will tell a story, evoke emotion, or simply recount what has just occurred on the front lines. Their photos and videos can then be utilized in a wide range of ways, depending on classification, from helping review and examine an encounter, to public affairs and marketing, to general availability for use by the media and the public.

As a more non-traditional MOS, combat photographers walk the fine line of earning respect from their fellow servicemen with the need to be an outside observer with a camera. The payoff, however, is first-hand documentation from the perspective of someone who understands what is taking place in a moment, someone who may have, just seconds earlier, been engaged in the combat itself.

Combat photographers must often work around other restrictions that civilian media photographers do not, such as orders that must be followed or classifications that must be respected. The final say of what is released and shared with the world comes down to the chain of command, rather than a civilian photo editor. However, because of the training protocol, all combat photographers share a common background and operational guidance, and working with various photo shops between the branches promises camaraderie and a mutual respect and understanding.

Combat photography has been around for more than 180 years, when the invention of photography in the 1830s first gave the public a glimpse into the realities of war. However, since photos were still in the form of daguerreotype – a single image using a silver-coated copper plate that took several minutes to shoot – war photography was limited to still photos of posed subjects. Most photos showed soldiers posed around a battlefield, officers and their men or their families, captured weaponry, and battlefield landscapes. A surgeon in the Bengal Army, John McCosh, is considered the first war photographer known by name, first producing a series of photographs documenting the Second Anglo-Sikh War from 1848–49.

During the American Civil War, photographers like Haley Sims and Alexander Gardner began recreating scenes of battle in order to overcome the limitations of early photography, going so far as to rearrange dead bodies on the battlefield to dramatically convey the atrocities of the war. Also at this time, Charleston photographer George S. Cook took what is believed to be the world's first photographs of actual combat, capturing wet-plate photographs of the Union bombardment of Confederate fortifications near Charleston.

Since the beginnings of combat photography, the technology has obviously increased significantly, allowing combat cameras to capture the true moments of war, from the exciting to the compelling to the heartbreaking. Their assignments vary day-to-day or week-to-week, ensuring that their job is always interesting or at least promises to change in the near future. At times, a photographer must cover the more tame side of military life – like supporting headquarters with promotion photos, administrative shoots, and ceremonies – documentation that is still important to the operations of the unit. Others assignments are more exciting, like being embedded with a front-line combat unit or covering intense training exercises.

When today’s civilians might unconsciously take for granted their ability to see ground-level pictures of what exactly is taking place an ocean away, the unsung heroes of combat photography know that their mission is a vital element to the overall efforts of the U.S. military. They continue to strap on their camera next to their sidearm, and look for ways to capture the intensity, heroism, and heartbreak of war. 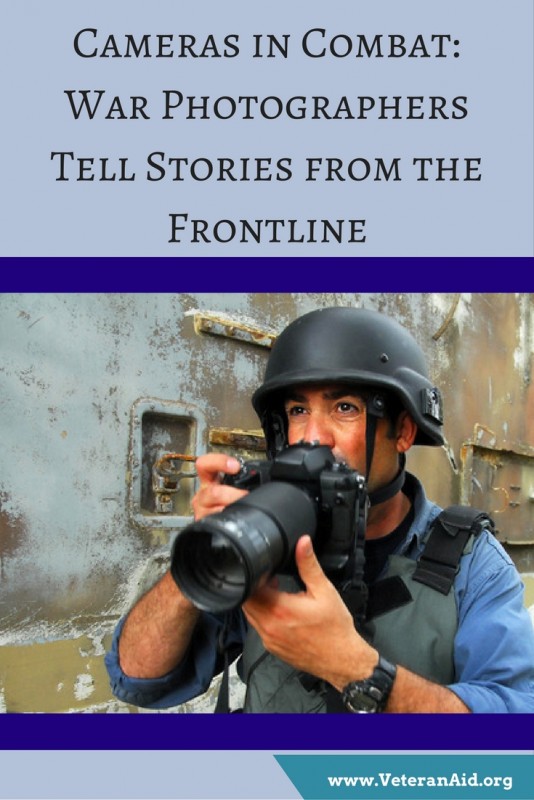