Decades ago, television was a uniting medium. There were only a handful of stations and a dozen shows that literally everyone in America watched, at the same time, commercials and all. As with many shows, there were those that were created to help us look back at our history and reflect upon the times through humor, despite the historical 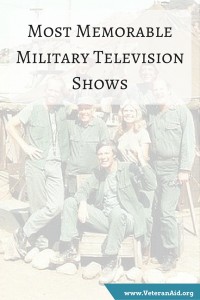 tragedies. For some, these shows served as a way to disassociate ourselves from the reality of the situation and bring some humor into what was certainly a vastly different experience than depicted. Other shows attempted to showcase the gravity of an event and bring war-time realism right into our living rooms. Here are a few that are worth checking out - the most memorable military television shows:

Hogan’s Heroes was one of the first shows to take a comedic approach to war. Airing from September 1965- April 1971, Hogan's Heroes was set in a German POW camp during World War II.  The premise of the show was that the prisoners of war (POWs) were actually running the camp and using it as a cover for Allied espionage against Nazi Germany.  Few people know this, but several of the main actors were actual refugees from Nazi Germany. One of them specifically, who played a German SS soldier, had previously been held captive in a Nazi concentration camp for 3 years. Interviews with the cast reveal a common thread between them; they all wanted to bring humor to a very dark time in their lives. The show’s success was predicated upon the combination of previous POW camp experiences, comprehensive Nazi Germany knowledge, and brilliant writing.

Shortly after Hogan’s Hero went off the air, M*A*S*H arrived. Running from September 1972 - February 1983, M*A*S*H is often touted as the most watched military show of all time. Its famed season finale garnered a record 125 million viewers in 1983. Coupling comedy with dramatic realism, M*A*S*H set out to depict the life of hospital wartime personnel during the Korean War. Many do not realize that M*A*S*H aired during the Vietnam War. The show writers were challenged with presenting material about a war, during a war. Guised in comedy, often the writers masked their disdain for the Vietnam War by questioning, mocking or cleverly joking about America’s role in the Cold War.

Beginning with a rough start, JAG launched its first episode in 1995. One quick season and it was promptly cancelled. Fortunately, it was picked up less than a year later by another network and began its 9 season run. JAG was a slightly different military show. It offered a distinct naval and law theme. The show centered on uniformed military lawyers prosecuting and defending criminal cases under the jurisdiction of the Uniform Code of Military Justice. Interestingly, many of the series plot lines hailed straight out of current events and global incidents. The historical relevance and corresponding judicial processes around real world events was a welcome spin. This news and law oriented content helped drive the creation of several popular spin-offs that are on television today, such as, NCIS.

In 2001, widely acclaimed for its realism and authentic depictions of war, Band of Brothers launched into the limelight. While this show was not a television series, more of a mini-series, it only needed 11 episodes to tell a very complete and realistic story of what “Easy” Company (part of the 506th Parachute Infantry Regiment, 101st Airborne Division) endured during World World II. The events, dialog, and storyline were compiled from research and recorded interviews of Easy Company veterans. The miniseries chronicled the lives and experiences of the Easy Company men from basic training all the way through the end of the war. The drama won many awards for its writing, realism and legendary directing by famed director, Steven Spielberg.

While this list was not exhaustive, it is a good representation of some of the most memorable military shows of all time. Check them out the next time you need a good show that challenges your memory and mind. Enjoy! 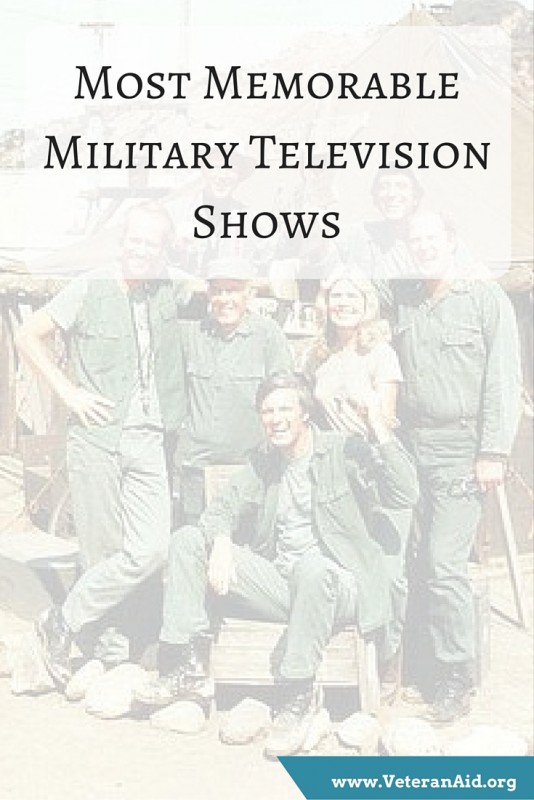