4 Famous Veterans Who Went on to Be President

According to the U.S. Constitution, the United States President is the Commander-in-Chief of the U.S. Armed Forces. And appropriately, almost 60% of all U.S. Presidents have been veterans, stretching all the way back to the first U.S. President, George Washington. Until World War II, a majority of U.S. Presidents had served in the Army, 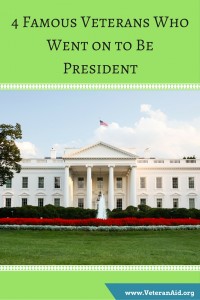 but since then, most have served in the Navy.

The degree of involvement with military decisions has ebbed and flowed with the various Presidents, with some making significant strategic decisions and others allowing the branches to operate almost completely autonomously. Among the 26 Presidents who previously served in the armed forces, here are four with especially illustrious service:

Most Americans know that George Washington was a war hero before serving as the first U.S. President. He was actually first commissioned as a lieutenant colonel in 1754, when he fought in the first skirmishes of what would later be known as the French and Indian War. The following year, he served as an aid to Gen. Edward Braddock and amazingly remained uninjured despite having four bullets rip his coat and two horses shot under him. After the war, he returned to the peaceful life of a planter in Mount Vernon, although he remained active in state politics.

When the Second Continental Congress met in Philadelphia in May 1775, he was elected Commander-in-Chief of the Continental Army, and two months later would take charge of an ill-trained group of troops who would begin a war that, after six grueling years, would result in the birth of a new nation. When the new Constitution was ratified, he was unanimously elected the first President of the United States.

Although he attended West Point and served in the Mexican War under Gen. Zachary Taylor, Grant was actually working at his father’s leather shop when the Civil War broke out. He was appointed by the Illinois Governor to command an unruly volunteer regiment, which he soon whipped into shape, starting an illustrious military career that would end with him becoming a nationally known War hero, symbol of Union victory during the Civil War, and the logical candidate for President in 1868.

After several important objectives at the Mississippi Valley, Shiloh, and Vicksburg, President Lincoln appointed him General-in-Chief in March 1864. Grant went on to lead his troops to pin down Gen. Robert E. Lee's Army of Northern Virginia, eventually leading to Lee’s surrender at Appomattox Court House on April 9, after which Grant wrote out magnanimous terms of surrender that would prevent treason trials. As President, Grant led much as he had run the Army, even bringing part of his Army staff to the White House. There he worked to implement Congressional Reconstruction and to remove the vestiges of slavery.

Born in Texas in 1890 and raised in Kansas, Eisenhower was the third of seven sons who excelled in sports in high school and received an appointment to West Point. In his early Army career, he excelled in staff assignments, and after Pearl Harbor, was called to Washington for a war plans assignment. He would go on to command the Allied Forces landing in North Africa in November 1942 and later famously serve as Supreme Commander of the troops invading France on D-Day in 1944. After World War II, he became President of Columbia University, but later left to assume supreme command over the new NATO forces being assembled in Paris, where he would later be encouraged to run for President.

After a sweeping victory, Eisenhower brought to the Presidency his prestige as commanding general of the victorious forces in Europe, using his experience and military strength to obtain a truce in Korea. He went on to work incessantly during his two terms in office to ease the tensions of the Cold War with Russia. In domestic policy, he pursued a middle course, continuing most of the New Deal and Fair Deal programs and emphasizing a balanced budget. As desegregation of schools began, he sent troops into Little Rock, Arkansas, to assure compliance with the orders of a Federal court and later ordered the complete desegregation of the Armed Forces.

Born in Massachusetts, Bush enlisted in the armed forces on his 18th birthday, becoming the youngest pilot at the time in the Navy when he received his wings. He flew 58 combat missions during World War II, including one mission over the Pacific as a torpedo bomber pilot where he was shot down by Japanese antiaircraft fire and later rescued from the water by a U.S. submarine. He was awarded the Distinguished Flying Cross for bravery in action. After the war, Bush turned his energies toward completing his education and raising a family, having six children, the oldest of whom would go on to become the nation’s 43rd president.

Like his father, Prescott Bush, a Senator from Connecticut, George H.W. Bush became interested in public service and politics. He served two terms as a Representative to Congress from Texas, and eventually became a running mate for Ronald Reagan in 1980.  In 1988, he won the Republican nomination for President, bringing to the White House a dedication to traditional American values and a determination to work toward "a kinder and gentler nation" in the face of a dramatically changing world, including the end of the Cold War and the fall of the Berlin Wall. 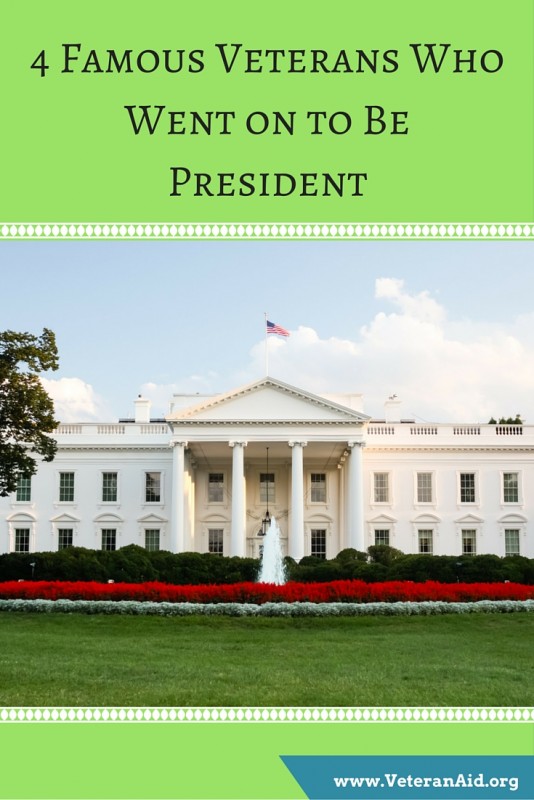