For many veterans, it can be difficult to talk about what they have seen and done in war. For others, however, writing about their experiences can be cathartic, and help educate others on what really happens during war. Below are five critically acclaimed books, written by veterans, that will give you firsthand perspective on that bravery, loss, danger, 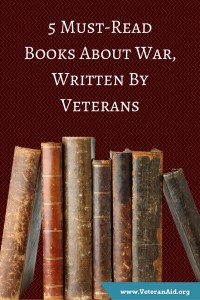 and heroism that so many faced defending freedom around the world.

The Snake Eaters by Owen West

In this riveting narrative, third-generation U.S. Marine Owen West puts readers into the boots of an isolated band of American advisors and Iraqis fighting together in tumultuous Anbar Province, where the people they are trying to protect and the insurgents who are trying to kill them are indistinguishable. When a dozen unprepared American Army Reservists are dropped off on an isolated Iraqi outpost with orders to be its military advisors, they have no idea that what they will really be doing is fighting. With no training to fall back on, this group (including a guitarist, a DEA agent, a plumber, and a postal worker) must somehow mentor the “Snake Eaters,” an Iraqi battalion locked in a deadly struggle over an insurgent-infested town along the Euphrates River.

The Things They Carried by Tim O'Brien

A finalist for both the 1990 Pulitzer Prize and the National Book Critics Circle Award, this book is based on O’Brien’s experiences as a soldier in the 23rd Infantry Division during the Vietnam War. The book works heavily with metafiction, employing the use of real names and the inclusion of author as the protagonist to blur the fiction and non-fiction (for example, although the main character is named after the author, not everything the character does was done by the author in real life). A deep look into the relationship of men in the platoon, the story details the good, bad, and ugly of war as well as life after war, what people had to do to cope, and how many struggled for years after returning home. The Things They Carried is dedicated to the men of the Alpha Company with whom O’Brien fought during the war.

Based on the author’s year-long tour in Iraq as an infantry team leader, this book is a collection of war poetry that gives unflinching description to the experience of war. The book won the 2005 Beatrice Hawley Award, and features powerfully affecting poetry of witness, combining beauty and brutal honesty. The poems offer gracefully rendered, unflinching descriptions but, remarkably, leave the reader to draw conclusions or moral lessons.

House to House by David Bellavia

On the night of November 10, 2004, a U.S. Army infantry squad under Staff Sergeant David Bellavia entered the heart of the city of Fallujah and plunged into one of the most sustained and savage urban battles in the history of American men at arms. With Third Platoon, Alpha Company, part of the Army's Task Force 2/2, Bellavia and his men confronted an enemy who had had weeks to prepare, booby-trapping houses, arranging ambushes, rigging entire city blocks as explosives-laden kill zones. Portraying himself as a hard-bitten, foul-mouthed, superbly trained warrior, Bellavia writes a precise, hour-by-hour account of the fighting, featuring repeated heroic feats and brave sacrifice from Americans. Readers will encounter a nuts-and-bolts description of weapons, house-to-house tactics, gallantry and tragic mistakes.

In Pharaoh's Army: Memories of the Lost War by Tobias Wolff

A National Book Award finalist for non-fiction, this memoir chronicles the author's experiences as an Army first lieutenant in the Vietnam War. Before beginning his tour of duty, Wolff spent a year in Washington, D.C. learning the Vietnamese language and, prior to that, was trained as a paratrooper. Wolff was stationed with South Vietnamese Army soldiers near Mỹ Tho and he was present during the Communists' Tet Offensive. The memoir includes a recollection of that battle as well as vignettes of various personal experiences, both in and out of Vietnam. 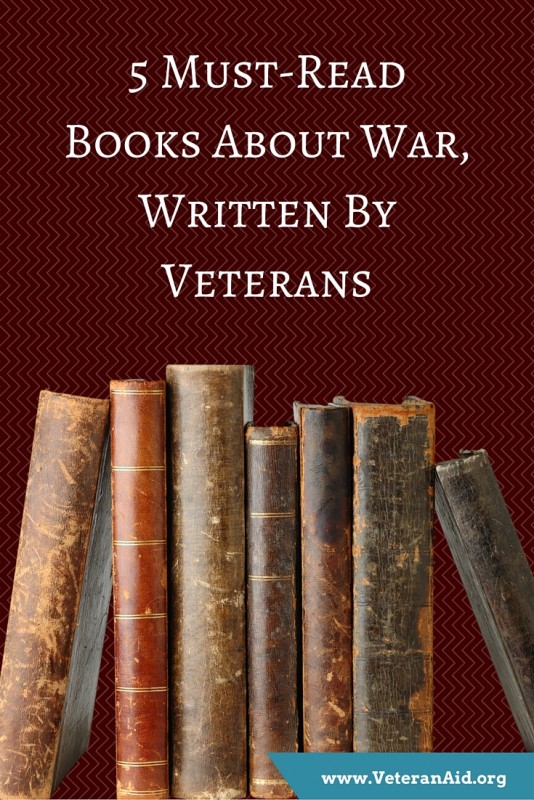 One Response to “5 Must-Read Books About War, Written By Veterans”