You might consider them unsung heroes, working behind the scenes, but American nurses have been an integral part of war, stretching back as far as the Revolutionary War. In 1775, Major General Horatio Gates and Commander George Washington asked Congress to provide nurses that would attend to the wounded, sick, and suffering 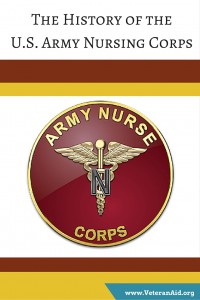 American soldiers. By July of that year, there was a plan in place to provide one nurse for every 10 patients, and a supervising matron for every 100 patients, establishing the first organized nursing system in the U.S. military.

Nurses continued to play a vital role during the Civil War, for both the Northern and Southern armies, in both hospitals and on the front lines. One of the most famous battlefield nurses was Clara Barton, whose bravery earned her the names "Angel of the Battlefield" and the "American Nightingale.” Barton would later go on to found and serve as the first president of the American Chapter of the International Red Cross, an organization that would be instrumental in helping recruit nurses to serve in years to come.

During the 1898 Spanish–American War, more than 1,500 female nurses served the U.S. Army, all hired as contract workers. Two years later, Congress officially established the Army Nurse Corps and, later, the Navy Nurse Corps in 1908. When the United States entered World War I in 1917, the military recruited 20,000 registered nurses for military and navy duty in 58 military hospitals. These all-women nurses helped staff 47 ambulance companies operating on the Western Front, with more than 10,000 total serving overseas. In fact, U.S nurses were the first American Army units to fly the U.S. flag in France from their base hospitals, established in support of British troops.

When the war ended, the Nursing Corps was demobilized, although organized so that it could be reactivated as needed in time of war or emergency. Army Nurse Corps personnel received officer-equivalent ranks and wore Army rank insignia on their uniforms, but were not officially considered to be a part of the Army and did not receive officer-equivalent pay.

At the start of the World War II in 1941, there were fewer than 1,000 nurses in the Army Nurse Corps. At the time, all members were women, and as the corps expanded, it accepted only unmarried women, age 22–30, who had their RN training from civilian schools. With more than 8 million soldiers and airmen participating in the conflict, the needs were expected to be more than double those of World War I. Hundreds of new military hospitals were constructed for the expected flow of casualties, and medical advances greatly increased the chance of survival in the conflict. 96% of the 670,000 wounded soldiers and sailors who made it to a field hospital staffed by nurses and doctors survived their injuries.

During WWII, Army nurses served at every front, from Alaska to the Philippines, from England to Anzio, where several died in bombings while caring for the wounded. Members of the Nursing Corp faced many of the same dangers and hardships of war as their male counterparts. The famous “Angels of Bataan” were members of Army Nurse Corps and the Navy Nurse Corps stationed in the Philippines who were captured when Bataan and Corregidor fell. 11 Navy nurses, 66 army nurses, and one nurse-anesthetist were captured and imprisoned in and around Manila. They continued to serve as a nursing unit through their time as prisoners of war until they were finally liberated in February 1945.

In 1947, new laws established the Army, Navy and Air Force Nurse Corps on a permanent basis and gave the nurses regular commissions on the same terms as male officers. In fact, Colonel Florence A. Blanchfield, the eighth Superintendent of the Army Nurse Corps, became the first woman to hold a regular Army commission.

During the Korean War, the advent of helicopters allowed wounded soldiers to be rapidly transported to hospitals, where MASH units and their nurses became the first caretakers of severely injured patients. These units continued their work through the following decade during the Vietnam War, which was the first conflict to send male members of the Army Nurse Corp into combat. During this conflict, Army nurses faced enemy fire for the first time due to the unconventional nature of the conflict, and several would die from direct enemy fire.

Today the Army Nurse Corps is one of the six corps of medical specialists that make up the U.S. Army Medical Department. More than 11,000 men and women serve bravely domestically and abroad fighting the Global War on Terror. These soldiers are dedicated to providing high-tech, quality health care for military personnel, their families, and military retirees around the world. 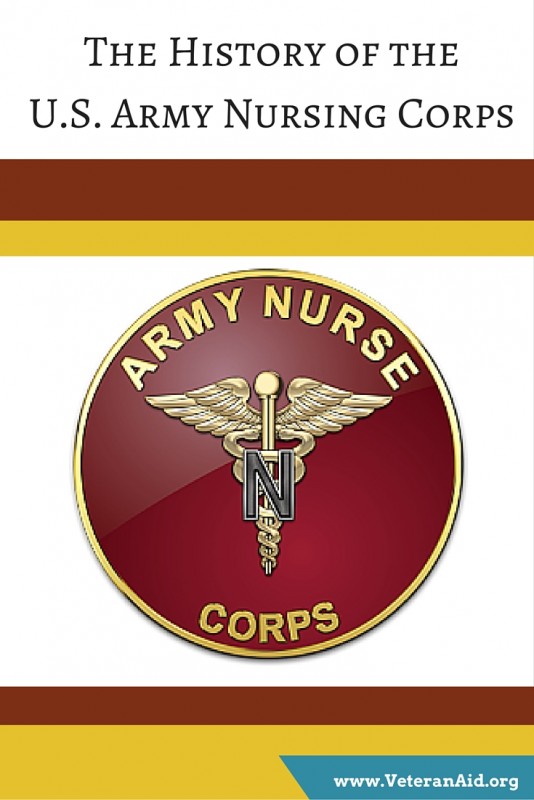