13 Military Quotes Every Veteran Will Appreciate

Posted in Uncategorized on May 10, 2016
Tags: history, military, veterans

Quotes can be used to motivate, teach, warn, and memorialize. In the realm of warfare and battle, there have been 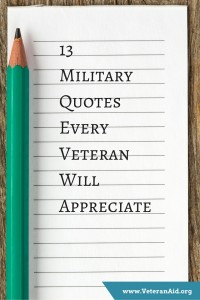 many exceptional quotations recorded, shared, and retold. We’ve gathered 13 of our favorite military quotes, most of which are taken directly from the mouths of those who have seen war and been profoundly affected by it.

You’ll notice several quotes from George Patton, senior officer of the United States Army and best known for his leadership of the U.S. Third Army in France and Germany following the Allied invasion of Normandy in June 1944. We couldn’t help it; so many of his quotes are inspirational and shareable.

We invite you to add your favorites in the comments below to help us build the best list of great military quotes. 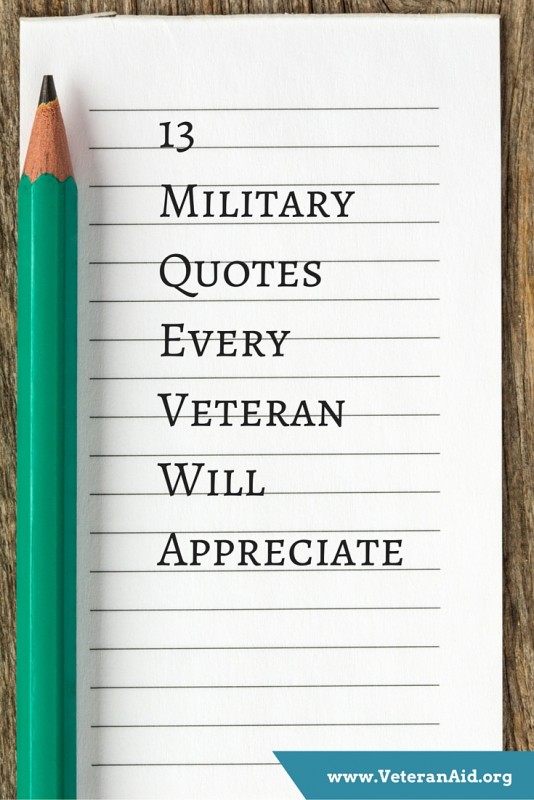