Women in the armed forces today are widely accepted and expected. Today more than 200,000 women fill a wide 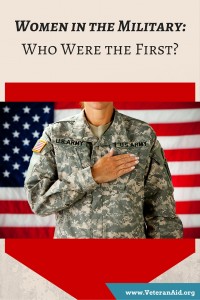 range of roles, from nurses to pilots to Army Rangers. While throughout history, the majority of military combatants have been male, most Western armies were integrated with females members in all branches of service since at least the 1970s.

In 2013, the U.S. lifted its ban on women in direct ground combat roles, overturning a 1994 rule that restricted women from artillery, armor, infantry, and other combat roles and military occupational specialties. Today all specialties are open to women as long as they qualify and meet the established standards.

However, if you’ve ever wondered about the women who first broke into each branch of service, you’ll find their stories below interesting and inspiring.

Women first actively served in the U.S. Army in 1775 during the Revolutionary War, fulfilling many of the roles that did not become official services until the 20th century. These women nursed the ill and wounded, did much of the camp cooking, and laundered and mended clothing. A few brave women served in combat either alongside their husbands or dressed as men. For example, in 1776, Margaret Corbin stood beside her husband and handled ammunition for the cannon. When he was fatally wounded, she took his place at the cannon until she also was wounded.  In a similar story, Mary Ludwig Hays McCauley replaced her husband at the cannon when he collapsed on the battlefield in Monmouth, N.J. Before that, she carried water to the men on the battlefield, earning her the name, “Molly Pitcher.” Many courageous women also served as spies, riding their horses through enemy lines to deliver correspondence or gather information.

The first female Marine was Opha May Johnson, who was the first of more than 300 women to enlist in the U.S.M.C. Women’s Reserve during World War I. Her initial duties were as clerk at headquarters, and later as a charter member of the first post of the Women’s Marine Corps reservists,  known as Belleau Wood Post No. 1. Johnson was married and almost 40 years old when she enlisted in the service, and she participated in active service until the end of World War I. When she passed away in 1955, she was actually buried 37 years to the day from when she stood first in line to become a U.S. Marine.

Esther McGowin Blake joined the U.S. Air Force on the first minute of the first hour of the first day regular U.S. Air Force duty was authorized for women in 1948. Blake, a widow and mother of two U.S. Air Force servicemen, decided to enlist when she was notified that her oldest son, a B-17 Flying Fortress pilot, had been shot down over Belgium and was missing. It is said that she felt that by enlisting and freeing a soldier from a clerical role so that he could fight was one small way to help speed the end of the war. During her service, which lasted almost a decade, both her sons returned home with only minor wounds and many decorations.

Although women worked as nurses for the Navy as early as the American Civil War, the first official female members of the U.S. Navy was a hand-picked group of women known as the “Sacred Twenty.” They were the first members of the United States Navy Nurse Corps, officially established in 1908. The women were assigned to the Naval Medical School Hospital in Washington, D.C. However, the Navy did not provide room or board for them, and so the nurses rented their own house and provided their own meals. The Nurse Corps gradually expanded to 160 members on the eve of World War I, and Navy nurses saw their first shipboard service in 1913. The Nurse Corps was expanded to include male service members in 1965.

The first members of the U.S. Coast Guard were keepers in the Lighthouse Service, officially recognized in the 1830s, although many wives and daughters of keepers had previously served when their husbands or fathers became ill. In 1918, twin sisters Genevieve and Lucille Baker of the Naval Coastal Defense Reserve became two of the first uniformed women to serve in the Coast Guard. The Women's Reserve of the U. S. Coast Guard Reserve program (officially nicknamed the "SPARs"), was established in 1942, growing to 978 women officers and 11,868 enlisted women serving during World War II.  The program was demobilized in 1947 but was reinstituted on a much smaller scale beginning in 1949. 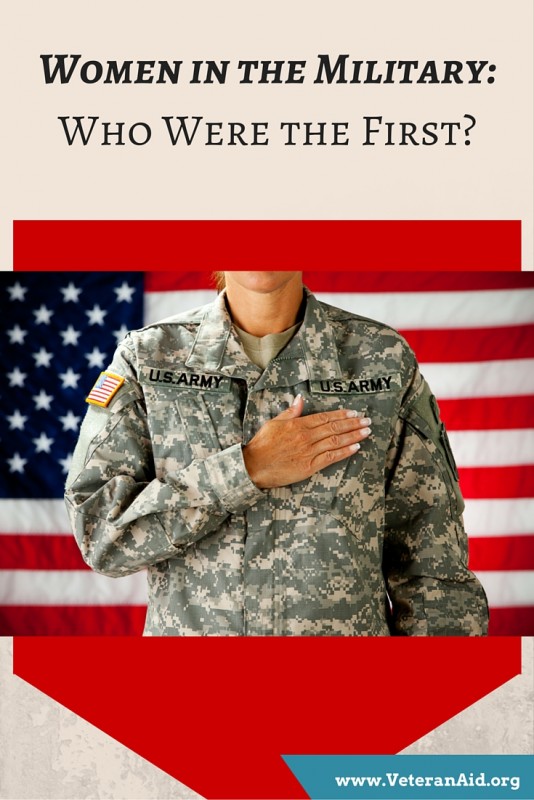