What the 2018 Tax Reforms Mean for Military Members

In one of the largest tax reform laws since Ronald Reagan’s presidency in 1986, President Trump signed the Republican-driven tax cut bill into law just before the 2017 Christmas holiday, setting the stage for major changes in taxation for American families, individuals and corporations in the years to come. 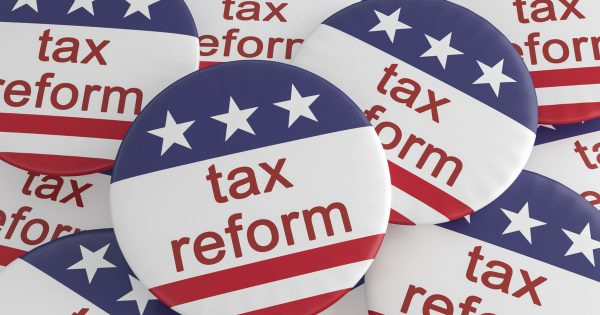 While tax advisors and experts continue to crunch the numbers and outline possible scenarios from the changes, the general agreement is that about three quarters of Americans will see moderate to substantial financial benefits from the reforms – either by way of increased amounts per deduction or by more savings from reduced taxable income thanks to new tax brackets. Much, however, depends on what deductions an individual is accustomed to claiming in the past, as the new law removes a significant number of possible deductions. This, in fact, can set the stage for some of the reforms canceling each other out, leaving little noticeable change at tax time.

It’s important to note that these changes will not affect 2017 taxes returns that Americans will start filing shortly, but will come into play next year and stay in effect until at least 2025, when they are set to expire (although many believe that legislators will, by then, choose to renew the reforms). The new tax guidelines for corporations are permanent.

While military members and their families are, of course, members of the American public, they do face unique circumstances in areas such as housing and pay that the average citizen does not. During early discussions of the proposed reforms, organizations like the Military Officers Association of America (MOAA) actively participated in discussions with representatives, raising concerns on how removing certain deductions might impact a servicemember’s gross income. They argued that many of the tax deductions relied upon by military families and veterans are an imperative to their financial stability and opportunity.

As a result, representatives listened and made edits to the tax bill, in many cases exempting members of the military from losing certain deductions, such as those for moving costs and uniform costs. While it appears that most of these exemptions are not hugely significant, it is recommended that military members review their current tax exemptions to understand how they impact gross income and speak with a tax expert about which deductions will still be allowed in for next year’s tax filings. Additionally, Military Times recently outlined several example scenarios to illustrate how members of various rank might be impacted by the new tax reforms.

That said, the majority of changes military members will experience are the same as the average American citizen in similar tax brackets and family situations. Most taxpayers, military and non, should see a mild to moderate lift in expenses from the reform, depending on which exemptions they are used to claiming.

Some of the most significant changes include:

1. Increased child tax credit and new credits for all dependents.

For children under 17, the child tax credit will be doubled to $2,000. The new bill also raises the income threshold for this credit up to $200,000 for single parents and to $400,000 for married couples, making it available to higher-earning families as well. Additionally, the bill allows parents to receive a $500 credit for each non-child (over the age of 17) dependent they are supporting, or for an ailing elderly parent or adult child with a disability.

More people will most likely no longer choose to itemize on their filings unless their deductions exceed their standard deduction, which the new bill nearly doubles. For example, for single filers, the bill increases the standard deduction from $6,350 to $12,000, and for married couples filing jointly, it increases from $12,700 to $24,000.

Additionally, the new plan eliminates personal deductions, which previously allowed you to claim a $4,050 personal exemption for yourself, your spouse, and each of your dependents. For families with three or more dependents, that could negate any tax relief they might have seen from other provisions in the bill.

Currently, deductions for your state and local property taxes, plus income or sales taxes, are unlimited. The new bill preserves these deductions but caps the amount at $10,000.

If you take out a new mortgage on a first or second home, you will now only be allowed to deduct the interest up to $750,000 (previously it was up to $1 million). Homeowners who already have a mortgage will be unaffected by this change.

Although original goals were to reduce the number of tax brackets, the final bill still contains seven brackets. However, five of these brackets have been lowered and your income may now put you in a different tax bracket, lowering the rate of taxes you must pay. The new rates are:

As one of the largest tax reform bills in U.S. history, there are dozens more additional changes involved in the bill, and you can review more of them online for a better idea of what to expect for your 2018 tax return.