One of the biggest diseases that aging veterans should be aware of and on the lookout for is mesothelioma. Mesothelioma is a type of cancer caused by asbestos that generally shows up in seniors decades after their first exposure. 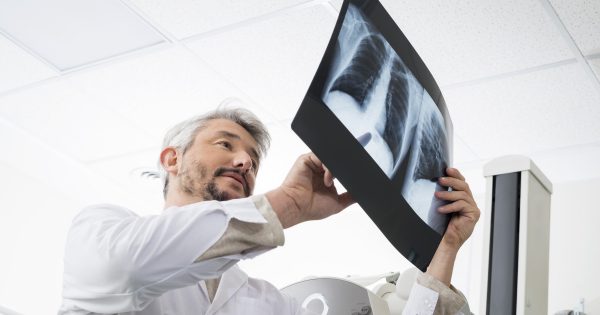 Learn more about mesothelioma in veterans and read about the symptoms of the disease.

Forms of Mesothelioma in Veterans

There are three forms of mesothelioma that are characterized by where it occurs in the body:

Any of the three types of mesothelioma will cause serious consequences for those suffering from them, especially if they’re not recognized in time to seek treatment.

The Prevalence of Mesothelioma in Veterans

Unfortunately, this is a disease that disproportionately affects veterans.

Over 30% of people in the U.S. that have been diagnosed with mesothelioma are veterans. Most of them were exposed to asbestos while on active duty, most often during World War II and the Vietnam War.

From the 1930s-1970s, millions of tons of asbestos are believed to have been used in U.S. shipyards, meaning that members of the Navy during those years are especially at risk.

Symptoms of Mesothelioma in Veterans

Early diagnosis of mesothelioma is key to improving survival rates, but it's a disease that’s hard to spot until it’s already begun to take a toll.

Over 91% of those diagnosed with the disease are aged 55 or older and many aren’t diagnosed until their 70s.

The symptoms of mesothelioma are different for each type of the disease and often don't start showing until it’s fairly advanced, but these are the most common signs of mesothelioma in veterans:

If there’s a good chance that you, a parent or senior loved one has been exposed to asbestos and may have mesothelioma, talk to a doctor sooner rather than later. The proper blood tests and imaging scans, followed by a biopsy, will determine if treatment is needed.

Veterans that do receive a mesothelioma diagnosis are usually eligible for VA benefits for their treatment. Veterans can file a claim with the U.S. Department of Veterans Affairs to receive appropriate compensation.

Receiving a diagnosis of mesothelioma is upsetting, but veterans are entitled to some help in dealing with it. Take the necessary steps to get the help needed to live with the disease.