The Indiana Military Veterans Hall of Fame Memorial: the First in the Nation 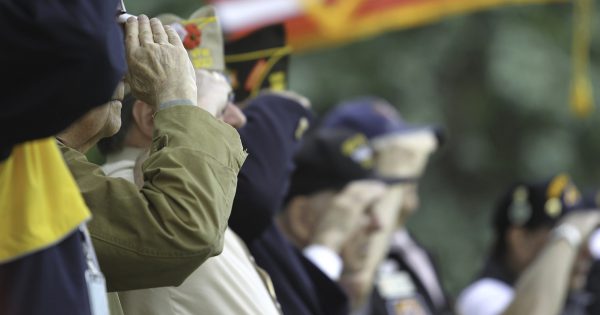 Read more about the Indiana Military Veterans Hall of Fame and how it seeks to honor and remember the service and sacrifice of U.S. veterans from Indiana.

Funded largely by donations, the Indiana Military Veterans Hall of Fame began accepting inductees into its Hall of Fame in 2014. Since then, the organization has inducted classes in 2014, 2015, 2016, 2017 and also features Medal of Honor recipients from Indiana. Inductees are accepted from every branch of the U.S. Armed Forces.

With a stated objective to “publically emphasize the honor brought to our state and nation by the sacrifice of Indiana military veterans and their families,” the Indiana Military Veterans Hall of Fame features stories of exceptional courage, sacrifice and valor.

The Indiana Military Veterans Hall of Fame is currently seeking nominations for its fifth class of inductees, which will be accepted through August 2018. To be eligible for induction, the nominee must have been born in Indiana, entered the military service from Indiana, or lived in Indiana for at least 8 years. The nominee must have received an honorable discharge from the U.S. military, be of good character and have no felony convictions. Posthumous nominations are accepted.

There are two categories of veterans for entry into the Hall of Fame. A nominee may either be accepted for their superb military accomplishments (i.e. receiving the Medal of Honor), or for those who served honorably and then made exceptional contributions to the community, state or nation.

Inductees will be honored at an induction banquet occurring around Veteran’s Day.