Posted in Uncategorized on February 19, 2019

Did you know that an estimated 640 World War II Veterans die each day? The Honor Flight Network strives to thank these veterans one more time by flying them on honor flights to Washington D.C. to visit the World War II Memorial. 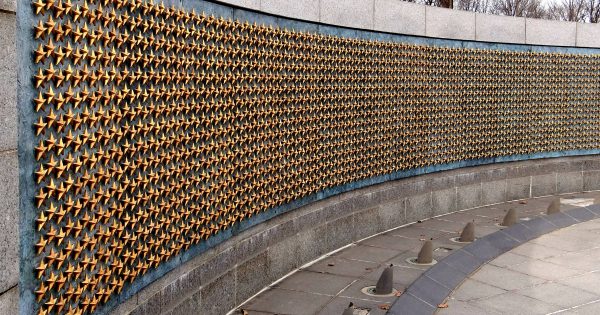 Learn more about how the network is serving veterans by providing them closure on these honor flights.

The Honor Flight Network is a non-profit organization “dedicated to providing veterans with honor and closure.” Their mission is to transport American veterans to Washington, D.C. to visit the memorials that honor their sacrifice and service.

The Honor Flight Network was founded by Earl Morse, Physician Assistant and Retired Air Force Captain, after the completion of the World War II Memorial in 2004. While working at a VA hospital in Ohio, he realized that many of his patients that fought in World War II would be unable to visit the memorial that honored their very sacrifice. He asked pilots from his local Air Force Aero Club if they would be willing to fly these veterans to Washington D.C, and on May 21, 2005, six planes flew 12 veterans on the very first Honor Flight.

Morse soon combined forces with Jeff Miller, the son of a World War II veteran and the nephew of a World War II B-24 pilot who lost his life in the war. Miller formed HonorAir and partnered with commercial jets to fly WWII vets from the Asheville Regional Airport to the memorial. By the end of 2006, he had flown over 300 veterans to Washington, D.C.

Today, the Honor Flight Network has flown over 200,000 veterans to their memorials, free of cost to the veterans. If you or someone you know would like to participate in an Honor Flight, you can apply for your free flight and receive more information about the network at: www.honorflight.org.