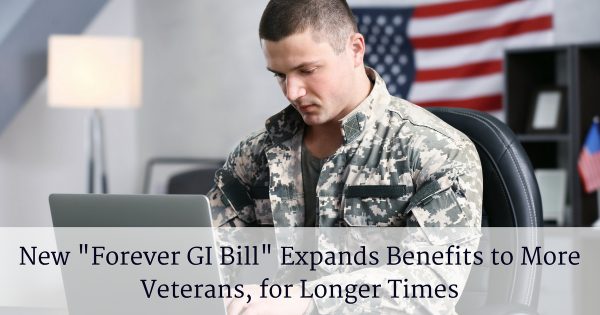 The law – named after the American Legion national commander who wrote the original GI Bill language in 1944 – was unanimously passed by both chambers of Congress in August 2017. The new law expands the current Post-9/11 GI Bill that been utilized by more than 1.7 million veterans and their dependents pursuing a secondary education, representing $75 billion in support. The new law represents the largest overhaul of the bill since its creation, with some changes taking place immediately and others rolling out over time.

Among the updates, the most notable is the fact that veterans who transitioned out of the military after January 1, 2013, will not be limited to the previous 15-year deadline to use their GI Bill benefits.