New legislation has passed in Congress allowing “Secret War” veterans who fought in Laos during the Vietnam War to be buried in U.S. National Cemeteries, with the exception of Arlington National Cemetery. 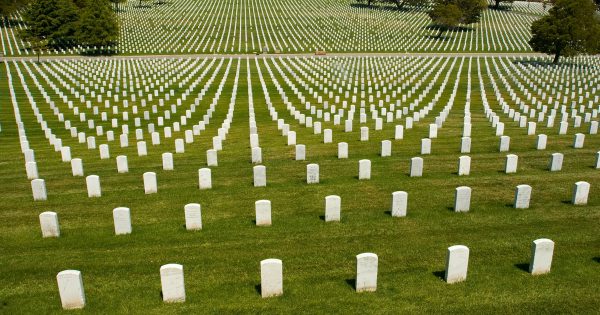 Learn more about the “Secret War,” the brave veterans that fought alongside U.S. troops in Laos and how they will be honored in burials moving forward.

The Laotian Civil War was fought from 1961-1975, in the midst of the Vietnam War. Also known as the “Secret War,” these veterans fought alongside U.S. troops against the North Vietnamese in Laos. Recruited by the CIA, Hmong and Lao soldiers fought against communist forces and at the end of the war, those veterans who came to the U.S. as refugees were provided a pathway to citizenship through naturalization.

Now, more than 40 years after the “Secret War,” new legislation introduced in Congress by Representative Jim Costa, D-California, has passed and will allow Hmong and Laotian-American veterans to be buried in U.S. National cemeteries, with the exception of Arlington National Cemetery. The legislation only applies to veterans who passed away on or after the bill’s passing and would not allow loved ones of veterans who have already passed to move their burial location.

In response to the bill’s passage, Representative Costa hosted a press conference saying:

“These brave men and women fought shoulder-to-shoulder with U.S. Armed Forces during the Vietnam War and they have earned this honor and recognition. I have been working closely with our local veterans leaders and my House and Senate colleagues on a bipartisan basis to secure these benefits for our "Secret War" veterans for nearly 10 years, and seeing our nation finally extend these benefits is a huge victory for our veterans and their families.”

Peter Vang, son of a "Secret War" veteran and executive director of Lao Veterans of America is proud of the legislation. He said, “Lao Veterans of America has been working very hard for many years on this bill. I can now tell my father and the thousands of Hmong veterans who fought with the US. Government during the secret war in Laos from 1961-1975 that now they can choose to be buried at the Veterans National Cemetery. Their children will be very proud… This is making history for us.”

The bill would allow between 6,900-9,700 "Secret War" veterans to qualify for the burial benefit.