Though the risk for depression and suicide has risen among all veteran in recent years, the PTSD and suicide rate for female veterans has soared to 85% with female veterans being 250% more likely to commit suicide than their male counterparts. These staggering numbers are leading advocacy groups, the military and the U.S. Department of Veterans Affairs (VA) to invest in women’s mental health during and after their military service. 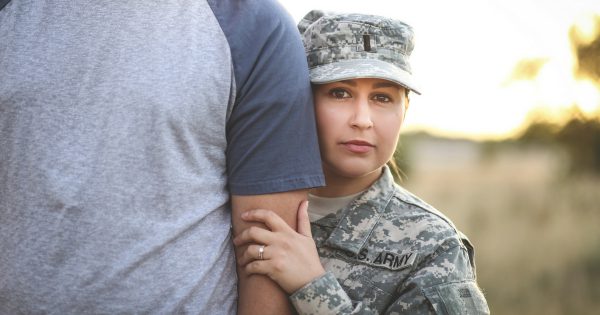 Learn more about how female veterans are battling PTSD and suicide and what is being done to help improve the mental health of our veterans.

Today there are nearly 2.5 million servicewomen in the United States, the most in the history of the country. When looking at the data, advocacy groups like The Service Women’s Action Network (SWAN) are taking a focus on transitioning female veterans out of the service. SWAN was founded in 2007 and “is the voice of all military women: past, present and future.” With a vision to be the nation’s largest, most influential and effective network of servicewomen, SWAN strives to be the voice of women in service and to speak out on behalf of those fighting PTSD, depression and suicide.

Retired Army Col. Ellen Haring, Director of Research for SWAN, notes that women’s experiences in the military are different than their male counterparts. Therefore, their transition out of the military needs to be different too.

She says, “The experiences you have on active duty carry with you and then they manifest as mental wellness challenges as veterans. When you’re transitioning out of the service, or when you return from a combat deployment to come back to a stateside demobilization and try to return to family or community, that’s a challenging period.”

Findings from a survey conducted by SWAN that included 1,295 active and retired female veterans from all ranks across all U.S. military branches found:

Taking the information from the survey into account, SWAN created focus groups with different levels of experiences and time in service to brainstorm policy changes that would help address mental health concerns among female veterans.

These recommendations were similar or the same across at least three of the groups:

One Response to “Battling PTSD and Suicide Among Female Veterans”