Art can be valuable healing tool for veterans, giving them a way to share their experiences, express a wide range of emotions, and even improve physical and cognitive dexterity. Recognizing this value, many VA hospitals and clinics incorporate creative arts into their rehabilitation programs, and have in turn discovered countless true artists who once wore the uniform of a U.S. military member. 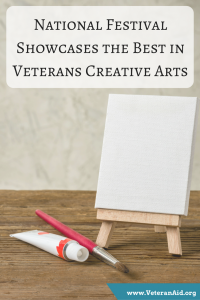 To celebrate and showcase many of the most impressive veteran-artists, the National Veterans Creative Arts Festival (NVCAF) annually hosts a nation-wide competition through VA facilities, welcoming entries in 51 categories that include various types of art, music, drama, dance, and creative writing. In 2016, 3,251 Veterans from 126 VA medical facilities submitted their art to the competition. Of those, 140 medal-winning veterans earned an invitation to participate in the 2016 NVCAF culminating event in Jackson, Mississippi, hosted by the G.V. (Sonny) Montgomery VA Medical Center.

The Festival featured an exhibit hall full of the winning entries for the art categories, as well as live performances and an impressive stage show that featured winning performers in dance, music, drama, and creative writing. Visitors to the festival had the chance to talk with the winning veteran-artists and also participate in various art workshops and a writing seminar.

The NVCAF evolved out of two separate competitions from different parts of the nation. Muriel Barbour, chief of recreation therapy at the McGuire VA Medical Center in Richmond, VA, created VET ARTS, a visual arts competition, in 1981. That same year, Shirley Jefferies, a recreation therapist at the Waco, TX, VA Medical Center, initiated the performing arts competition, The National Music Competition for Veterans. The two competitions merged in 1989, adding drama and dance divisions, and taking on the new name of the National Veterans Creative Arts Festival. In 2005, a fifth creative arts division – creative writing –was added to the Festival roster.

The chance to showcase one’s artist talents can make a real difference in the lives of many recovering veterans, both young and older, and many veterans participate or attend the festival for multiple years. The event not only gives veterans a goal to work towards, but a chance to meet with other veteran-artists who have seen and experienced similar things and have found a path to expression through various forms of art.

The NVCAF competition is open to any veteran enrolled at a VA Medical Center or Outpatient Clinic before entering the local competition. Veterans work with their local VA representative to submit an entry in creative writing, dance, drama, or music categories (an eligible Veteran can enter local competition at only one VA facility per year, ideally the facility where they receive their treatment). All veterans who are invited to participate in the final NVCAF event are selected winners of year-long, national fine arts talent competitions from VA medical facilities across the nation.

Veterans are encouraged to check with their local VA medical facility on upcoming deadlines for the 2017 competition. Many begin working towards their submission as early as the December prior. The 2017 Festival will take place in Buffalo, NY, and the NVCAF Facebook page is an excellent way to keep updated on the latest news for the event, as well as see photos from previous years. A list of competition and festival rules can be found on the NVCAF website, but veterans are encouraged to work through their VA facility to learn more and participate. 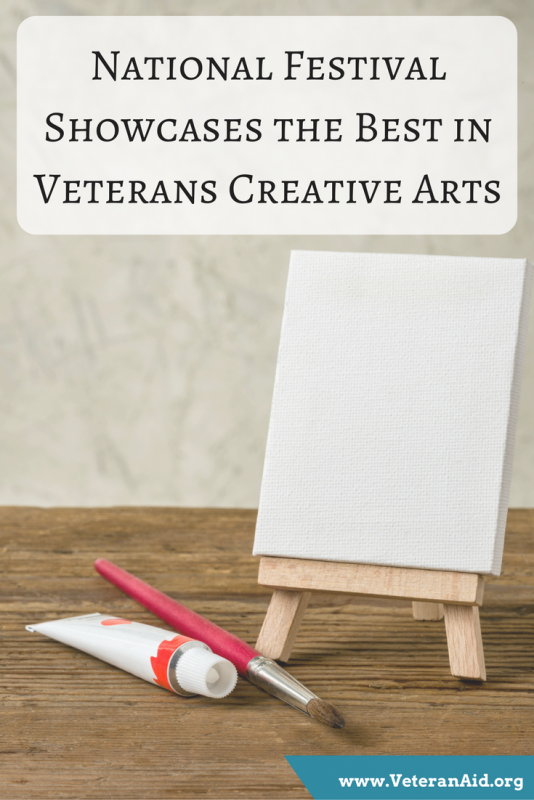