The nationwide push to address veteran suicide rates continues to be a top focus for the Department of Veterans Affairs (VA), as it recently released updates to its latest study examining more than 55 million records, from 1979-2014, the largest data mine of its kind in the nation’s history. 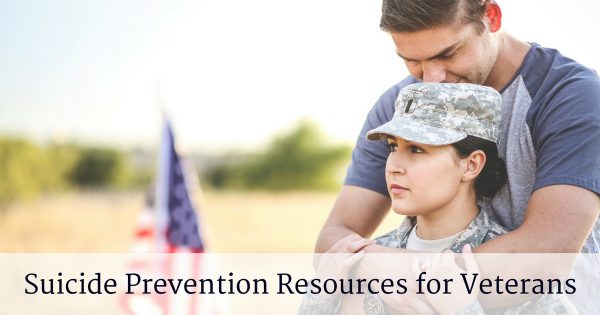 The latest results offer a deeper look into factors such as age, gender and location of residence to better understand the epidemic of veteran suicide and improve suicide prevention programs across the nation.

A driving force for the continued research is the fact that of the estimated 20 veteran suicides a day, 14 of those veterans were not under VA care.

As a result, the VA is hoping to not only improve its suicide prevention efforts, but raise awareness for both civilians and veterans on available resources and the difference that treatment can make.

While suicide remains the 10th leading cause of death in the U.S. overall, veterans are disproportionately at risk – studies show they are 22% more likely to commit suicide when compared with their civilian peers.

More key findings from the 48-page report shed light on which demographics are being most affected by suicide.

An additional hurdle faced by the VA is a deficit in mental health care professionals it employs; according to VA Secretary David Shulkin, the department set plans to hire 1,000 new mental health specialists in 2017. But as of September 1, only 649 had been hired, barely filling positions as they are vacated.

Shulkin is currently working with lawmakers and other mental health experts on what the VA is labeling its “top clinical priority.” The VA has established two centers that focus solely on suicide research – one in Denver and one in New York – where researchers study factors that may contribute to suicide risk and develop and test public health intervention strategies for suicide prevention.

The VA recently launched an outreach campaign, "#BeThere," aimed at offering practical ways to join the fight against the rate of veteran suicide. The campaign included crisis line contact information, a resource locator, support services based on branch of service and ways to connect to support groups or one-on-one coaching.

For civilians, the site offers practical ways to help service members and veterans who may be struggling, and tools for helping raise that awareness via social media. The campaign will also be promoting a video featuring Tom Hanks, encouraging all to be aware and look for ways to support one another.

Remember, veterans and their loved ones can:

Each VA Medical Center also has a Suicide Prevention Coordinator or team who work with the Veterans Crisis Line representatives, to coordinate care for issues ranging from depression and PTSD to readjustment challenges and sleeping problems.