In late 2016, the Department of Veteran Affairs (VA) and the Housing and Urban Development (HUD) announced that the number of homeless veterans in the U.S. had been cut nearly in half since 2010, dropping an impressive 17% from January 2015-2016 alone. That reduction was nearly quadruple the typical reduction seen year over year in the past. While these statistics are promising, some organizations argue that a large and important part of the homeless veteran population – female veterans – is not properly represented in these numbers and remains practically invisible to society. 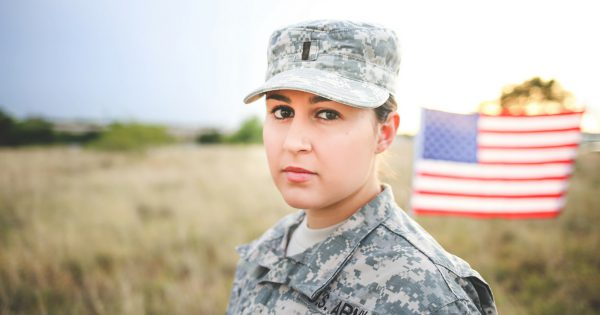 There are numerous reasons why homeless female veterans are not properly represented in assistance or reporting efforts, for that matter:

In a recent response to the VA and HUD report, the organization, Final Salute Inc., voiced all of these concerns, as well as noted issues with how the system counts “sheltered” veterans. For example, the VA counts the sheltered veterans primarily using its Homelessness Screening Clinical Reminder (HSCR), surveying veterans participating in substance abuse and mental health clinics since these have historically have been higher risks for housing instability. However, 82% of women veterans do not use the VA for health care services (as reported by Disabled American Veterans), so the majority of female veterans were completely left out of the screens. Additionally, HUD’s “Point-in-Time” (PIT) estimate counts only those homeless living on the streets on one specific night.

Being unemployed – a major factor contributing to homelessness for both genders – affects more than 23,000 female veterans. While reports state that only 4,338 female veterans were homeless in 2015, that leaves more than 18,600 unaccounted for with no income. Final Salute Inc. argues that many of these women are, in fact, homeless, but don’t meet the current HUD definition for the PIT Count.

Although numerous organizations are working diligently to reach out to homeless veterans of both genders, the unique needs of female homeless veterans are just now beginning to be addressed. While female veterans face many of the same combat-related dangers and stressors of male veterans – especially now as all military occupations are open to females in all branches – they are also disproportionately more likely to experience military sexual trauma (MST), from both the enemy or even fellow servicemembers. Additionally, domestic violence, disability and health/mental-health disorders — such as anxiety and post-traumatic stress — are characteristics associated with homeless female veterans.

Veteran service organizations tasked with reducing homelessness are scrambling to adjust their approach for female veterans. The Maryland Center for Veterans Education and Training (MCVET) was recently featured in The Washington Post for its proactive efforts to tailor services for female veterans. The MCVET facility offers 17 single-room residences for women and offers a wide range of services, including access to case managers and off-site specialists, clinicians and mental-health professionals. Residents are able to attend weekly women’s group meetings, hosted by a case manager, where they can talk about their concerns. However, MCVET executives admit more needs to be done to provide help for female veterans who are single mothers or who have their children with them. These are often the ones the least likely to reach out for help in fear that their children may be taken away.

Additionally, according to Final Salute Inc., the Associated Press recently reported that many existing homeless facilities are less than attractive to female veterans and some can be downright dangerous, with bathroom doors that don’t lock, poorly lit hallways and even the occasional registered sex offender housed in the same facility. Final Salute argues that by missing out on the female veterans that are technically homeless but are not on the streets or in shelters, groups and the government are missing out on a realistic picture of veteran homelessness and what needs to be done to address it.

Final Salute Inc. hosts regular fundraisers and events to raise awareness and funds to assist female veterans vulnerable to homelessness. Its H.O.M.E Program provides on-site case management, childcare subsidy/assistance, clothing, employment support, food, transitional housing, transportation and more services. Although the organization is based in the D.C. Metro Area, it has assisted women veterans and children in more than 30 states and territories and can also assist with permanent placement once veterans are ready to transition from residential facilities. The organization also helps educate society and government officials on the true size of the homeless population, bringing to light the invisible homeless population who served bravely alongside their male counterparts.