Statistics show that veterans are 1.5 times more likely than non-veterans to commit suicide and a new executive order is increasing efforts to prevent it. 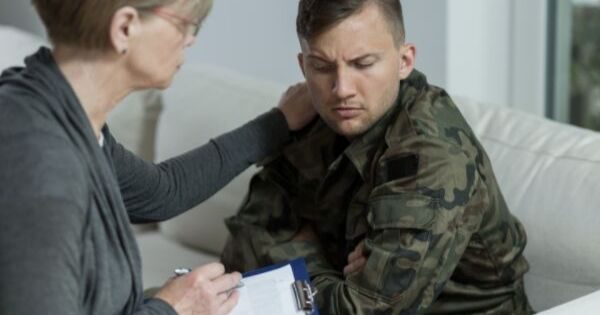 Read more about the PREVENTS Initiative and how it aims to help stop veteran suicides.

Nearly 20 veterans die by suicide every day and from 2008-2016, more than 6,000 veterans took their lives, culminating in more than 54,000 deaths. In light of such staggering statistics, the federal government is now acting.

An executive order signed by President Donald Trump aims to help curb veteran suicides by creating a Cabinet-level task force led by VA Secretary Robert Wilkie that will streamline suicide prevention efforts across the government. Tasked with creating a national plan to lower the number of veteran suicides, the initiative is called the “President’s Roadmap to Empower Veterans and End a National Tragedy of Suicide” or the PREVENTS Initiative.

The plan will focus on encouraging collaboration with private organizations, developing a proposal for grants to both state and local governments that will support suicide prevention efforts and prioritizing research.

At the signing ceremony, the president remarked, "Veteran suicides are a tragedy of staggering proportions. Today, we can help end this crisis.” He continued, saying, “They kept us safe and we’re going to keep them safe.”