100 years ago this year, the world’s first Great War finally came to an end. Sadly, it was not the “War to End All Wars,” as many hoped, but it did mark the first coordinated alliance across the nations, with more than 70 million military personnel mobilized. While the last WWI veterans have long since passed on, their memory and memorabilia still exist to help teach younger generations. 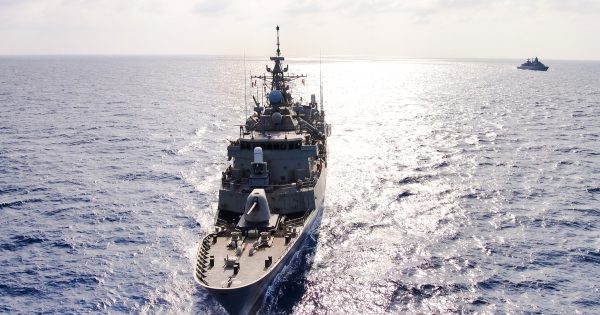 Several museums in the U.S. support efforts to educate the public on the first World War, and among them, the Naval War College in Rhode Island – founded in 1884 – is one of the most historic. Still an active, secure U.S. Naval facility, the Naval War College is also home to its own museum, which recently announced a new exhibit focused on the U.S. Navy's role in securing victory during World War I, seen through the eyes of Admiral William S. Sims.

The new exhibit, titled “To Win or Lose All: Williams S. Sims and the U.S. Navy in the First World War,” occupies the museum’s gallery on the second floor and features numerous artifacts, documents and personal memorabilia donated by Sims’ family. The exhibit is planned to run for three years and is free and open to the public, although clearance must be approved prior to the visit due to its location within the military installation.

Admiral Sims – who also served twice as president of the Naval War College, once before WWI and once after – commanded all U.S. naval forces operating in Europe during WWI. Under his leadership, Americans provided multi-pronged support to the battle, escorting convoys to France with U.S. warships, hunting German submarines and laying mines in the North Sea. On land as well, the Navy played a pivotal role, with naval aviators conducting scouting and bombing missions and Marines fighting in the trenches east of Paris.

It was also during this timeframe that many of history’s most well known U.S. Naval officers – including Ernest J. King, Chester W. Nimitz, and Harold R. Stark – gained valuable experience in operating for the first time as a part of a global coalition, lessons that would prove invaluable decades later during the successful naval campaigns of the 1940s.

In the two years following the Allied victory of WWI, Sims – who ended the war as a vice admiral – wrote and published a book titled, “The Victory at Sea,” describing his experiences in the war, a volume that would go on to receive a Pulitzer Prize for History. Although he retired at the mandatory age in 1922, he was also featured on the cover of TIME Magazine in 1925 with a full-length article, and later promoted to full admiral on the retired list in 1930, just six short years before he died and was buried at Arlington National Cemetery at the age of 77.

Organizers of the new exhibit at the Naval War College hope the artifacts, memories and writings will help encourage visitors to understand Sims and other WWI Naval servicemen and women as real people working in extremely difficult circumstances to make the best decisions possible during wartime and secure victory for the Allies.