The National Mall in Washington, D.C. serves as a place of recreation and rest. It is also an iconic place to memorialize the ideals of the United States. The Mall has several monuments to groups, places and wars instrumental to the preservation of freedom. Now, a new monument to honor Native American veterans is in the works – and it is long overdue. 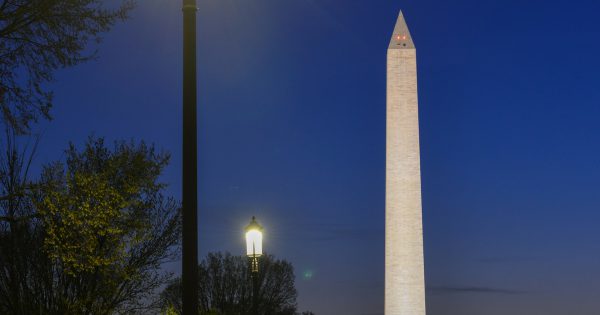 Project curator of the National Native American Veterans Memorial at the National Museum of the American Indian, Rebecca Trautmann, explains the apparent disconnect saying, “They have described an inherited responsibility to protect their homeland, their families, their communities and their traditional way of life.”

Debra Kay Mooney, a U.S. veteran of the Iraq War adds, “Our ancestors are the very groundwork of the United States because we died here first. It's our ancestors' bones and marrow that has degraded into the ground that is actually in the roots and the tops of the tallest trees... We needed to protect our ancestors' bones.”

The Choctaw may be among the best known Native American veterans, famous for their ability to pass coded messages in their native language during both World Wars. Additionally, one of the six servicemen to raise the flag at Iwo Jima was also Native American.

While highly regarded in their own communities, Native Americans often have a harder time accessing resources available to veterans. Trautmann notes, “On the one hand, they have this support from the community that other vets don't, and on the other hand, it can be harder for them to access medical and social services. Many of them turn to traditional healing to deal with some of the PTSD from combat.”

Recognition of Native American Veterans has also not always been accorded in their lifetime. Allen Hoe, a Veteran whose son was killed in Iraq in 2005 is proud of his family’s warrior heritage, stating that his son was, “very proud of the fact that his ancestors for 100 generations were warriors. He wanted to step forward and provide the gratitude to his ancestors and conduct himself the way they would want him to.”

Another Native American Veteran was awarded the Medal of Honor for his service in World War II and Korea, but that paperwork was lost and he was finally given the award in 2008, after his death.

New Native American Veterans Memorial to Be Unveiled in 2020

The new memorial will be located on the land of the National Museum of the American Indian. Lieutenant governor of the Chickasaw Nation, Jefferson Keel, says, “The placement of the memorial is significant. Anyone who goes out of the Capitol, down those steps, that will be the first thing they see. To me, that’s exciting.”

He goes on to say the memorial is long overdue stating, “I think it's in the warrior tradition to protect the freedoms that we have, even though we were not allowed to be citizens in general until [the 1920s]. Even before they were allowed to vote, they served.”

The museum staff and members of a special advisory committee for the memorial traveled the country and met with Native American veterans and tribal leaders to understand what the community wanted the memorial to entail. Their directives were clear:

The design will be inclusive of all 567 federally recognized tribes but also be specific enough for veterans and their families to identify themselves and their stories.

Chairman of the Mohegan tribe, Kevin Brown, states, "What an intriguing memorial this will ultimately be if it is able to encompass for the casual observer and for Native Americans the oddities of where we stand today as Native Americans in the 21st century. You have native scouts who were on both sides in the Indian Wars, you have the first Native American to die in the defense of what would be called the U.S.A., in the Revolutionary War."

The committee will review final designs and narrow down their options, with a goal of revealing the memorial on the National Mall on Veteran’s Day 2020.