The state the capital of Georgia, Atlanta is a meeting of the historic and the trendy. The city played an important part in both the Civil War and the 1960s Civil Rights Movement, and today is emerging as a destination for fine dining and leisure activities. For veterans living in and around Atlanta, or those planning a trip to the city, there are 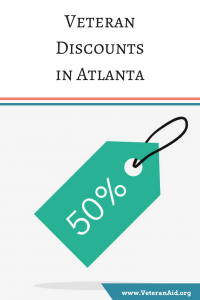 numerous available discounts you should leverage to make the most of your budget.

All active-duty, reserves, veterans, and retired members of the U.S. Armed Forces will receive free admission to Zoo Atlanta. Present your valid military or veteran ID at Zoo Admissions. Regular admission rates will apply to family members and other guests. Zoo Atlanta is located in historic Grant Park. In 1889, a traveling circus ran out of money near Atlanta, and wealthy businessman George Valentine Gress bought the animals that were left to perish and donated them to Atlanta, creating the first zoo in Atlanta. Today the zoo offers numerous programs and exhibits, and is known for its giant panda program.

The Georgia Aquarium offers discounted tickets every day at 10% off General Admission fo active and former military members and their families. Additionally, active duty members can receive free admission on Mondays as part of the aquarium’s “Military Mondays.” You must present military ID at Georgia Aquarium ticketing counter.

The Aquarium also offers numerous veteran-focused special programs, funded by its Veterans Recognition Wall. For every $25 donated, a donor can have one veteran’s name projected on the Stone Wall twice per hour. Funds raised go on to support the Aquarium’s Veterans Immersion Program, its Gold Star initiatives, Military Mondays, special military event days, and reenlistment support.

The Atlanta Braves host an annual Military Appreciation Night (in 2017, the date will be Sat., May 20 against the Washington Nationals). Additional discount tickets are often available through the free ticket service, GovX.

Six Flags Over Georgia typically hosts its Military Appreciation Days on Veterans Day Weekend, November 11 and 12. During this weekend, there is complimentary admission for active military members and up to three dependents. If a military service member is currently deployed during this day, a spouse and up to three dependents can receive complimentary admission with a current military ID card. General Admission tickets for retired military veterans can be purchased at the front gate for 50% off.

Big Zombie Tours by Atlanta Movie Tours takes you to hundreds of locations of your favorite zombie movies and TV shows filmed in and around Atlanta. Rated 5 stars on Trip Advisor, this tour provides the comfort of a luxury bus, with knowledgeable tour guides giving you the scoop on what it's like to be on set, testing your knowledge with trivia to win fantastic prizes, and pointing out locations from your favorite scenes. The tour offers military and group discounts. The tour company also offers other unique citywide tours like a Gone With the Wind Tour, Atlanta Heritage Tour, SciFi/Superhero Tour, and Hunger Games Tour.

The World of Coca-Cola at Pemberton Place celebrated its Grand Opening in 2007 and is the only place where you can explore the fascinating story of the world’s best-known beverage brand. Visitors can get close to the vault that houses the secret formula for Coca‑Cola, see a behind-the-scenes look at the bottling process, view hundreds of artifacts, and try more than 100 beverages. All active duty, reserves, and retired members of the Armed Forces receive complimentary admission through its Armed Forces Appreciation program. Regular admission rates will apply to family members and other guests. You must present your valid Armed Forces ID card at the ticket window to redeem this special offer for next available admission. 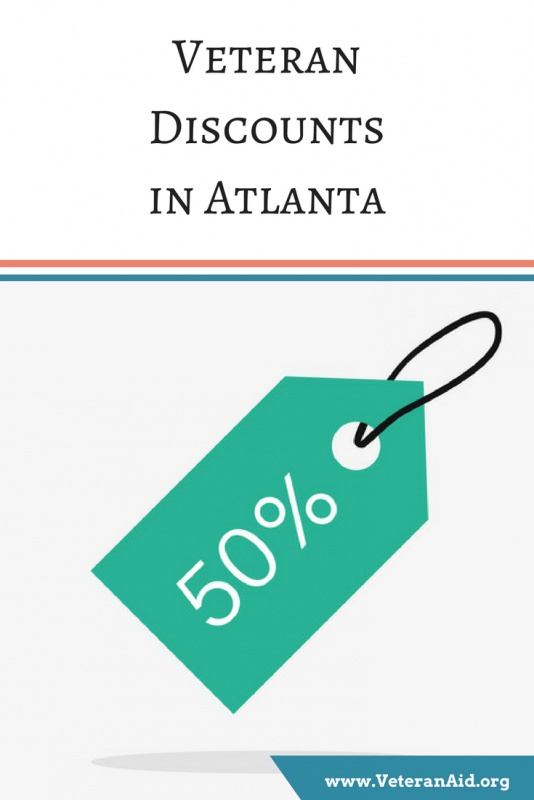 3 Responses to “Veteran Discounts in Atlanta”