There’s no question that, since its inception, the use of aircraft has been an important part of warfare, stretching as far back as pre- and early-World War I, when tethered observation balloons – and later, German Zeppelins – were used for reconnaissance and artillery spotting. As the war picked up steam, the young airplane was used more and

more often in tactical operations, helping range and correct artillery. Engineers and pilots quickly learning from their successes and failures, developing new and improved models to help make the most of an airborne presence.

Could they have imagined that less than 100 years later, the sky would be filled with super-advanced, technology-packed planes that would play an important role in every conflict to come, not just in a tactical role but in strategy as well? Below are four of the top U.S. fighter jets that have supported the U.S. military, and continue to help protect freedom around the world.

Arguably the best fighter aircraft built to date, the F-22 Raptor is practically invisible to radars and carries a powerful array of advanced weaponry, avionics, and sensors, many of which are still classified. Developed to meet the USAF's ATF requirement for an F-15 replacement, the Raptor’s engines allow long-range supercruising, while thrust-vectoring nozzles and a triplex fly-by-wire flight control system make it exceptionally maneuverable. The most expensive production fighter to date, it has never been offered to export customers, even U.S. allies or other NATO countries.

Similar in configuration to Lockheed Martin’s F-22, the F-35 – also known as the Lightning II – is slightly smaller with one engine, which reduces its radar cross-section and makes it harder to detect by radar. Developed as part of the Joint Strike Fighter program, it was first used by the Marine Corps in 2015 and will eventually replace the AV-8B, A-10, F-16, and F/A-18 warplanes currently in use. The F-35 can perform air defense missions, close air support, and tactical bombing, has in-flight refueling capabilities, and is compatible with the latest air-to-air and air-to-ground missiles.

Considered the Navy’s most capable multi-role fighter, the Super Hornet is based on aircraft carriers and can attack both surface and air targets. The Super Hornet offers many improvements over the original F/A-18C/D Hornet, including more hard points, the ability to carry more missiles, and an extended range thanks to a larger internal fuel storage. The Super Hornet also includes improved avionics and a reduced radar cross section to improve its stealth capabilities. The Super Hornet also has a structure extensively redesigned to reduce weight and cost without sacrificing its strength.

Considered one of the most successful Cold War era fighters and the world’s premier air-to-sir fighter, the Eagle is one of the most formidable U.S. warplanes. A purpose-built air superiority fighter designed to penetrate enemy defense, the Eagle is equipped with weaponry and electronics for detecting, acquiring, tracking, and attacking enemy aircraft, all while in enemy-controlled airspace. It carries a wide range of air-to-air missiles and offers a strong high-speed maneuverability and, although it’s been in operation for 30 years, it has been constantly improved through modifications and upgrades. The Eagle is slated to be in service at least until 2025. 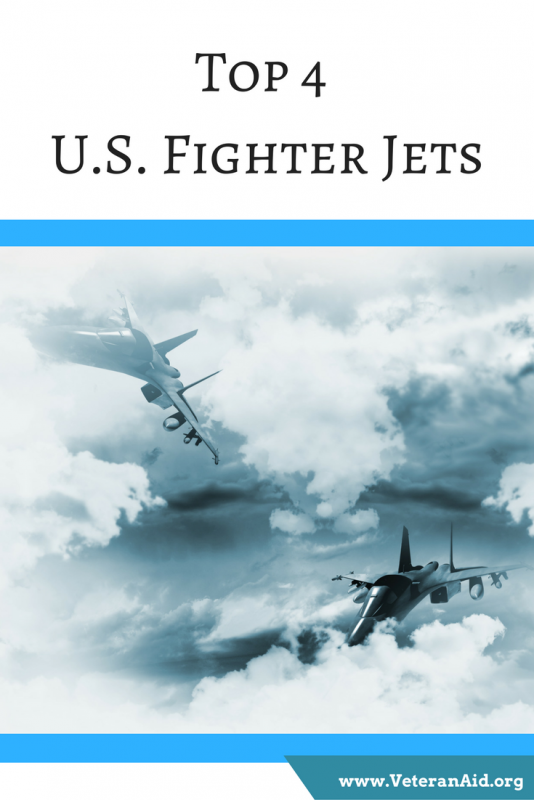