Not all battle wounds can be seen. Sometimes soldiers come back from their service different. Their bodies and minds are in a constant state of shock, fight, or flight. As with most individuals, when you are suffering from any kind of stress it is best to try and relax. Sometimes this is easier said than done. Many veterans and active

For years, the tried and true method for coping with post-war trauma was a combination of physical and mental therapy. Researchers believed that strengthening the mind and body was the key to recovering from war-time memories and disaster. When those methods fell short, doctors wrote prescriptions for a variety of medications. From pain pills, to muscle relaxers and antidepressants; anything and everything was prescribed to ease a soldier's pain.

Today, doctors prescribe a different kind of “medication”. More and more are talking to their veterans about the benefits of yoga. Often thought of as a fringe practice only done by hippies and soccer moms, yoga has become a mainstream practice for millions of Americans, including many soldiers. The discipline of yoga teaches an individual to be present in the moment, to focus on their own heart, their breath, their body. Yoga teaches people to relax and breathe. It is a combination of these different exercises and practices that helps many servicemen break free from their post traumatic stressors. The practice of yoga is thought to help take the mind off the past memories associated with the stress and help reduce that  fight or flight instinct.  Yoga has become so popular for PTSD treatment that organizations have started cropping up to teach the benefits to soldiers and veterans. One such organization is called Yoga Warriors International.

Yoga Warriors is the first and largest program in the nation for helping active military, veterans and first responders through yoga. Yoga Warriors program was designed after doing extensive research and interviews with servicemen and first responders. Currently, their methodology utilizes principles from traditional hatha yoga and incorporates elements that we understand today about the mind/body connection.  Their claim is that yoga works because it helps lower anxiety, improve anger management skills, facilitate emotional release, and also promotes focus on the present while being in a safe environment.

If you or someone you love is suffering from Post Traumatic Stress Disorder and would like more information about the benefits of yoga, contact Yoga Warriors. You can learn more about their beliefs, teachings and their program by visiting: http://www.yogawarriors.com 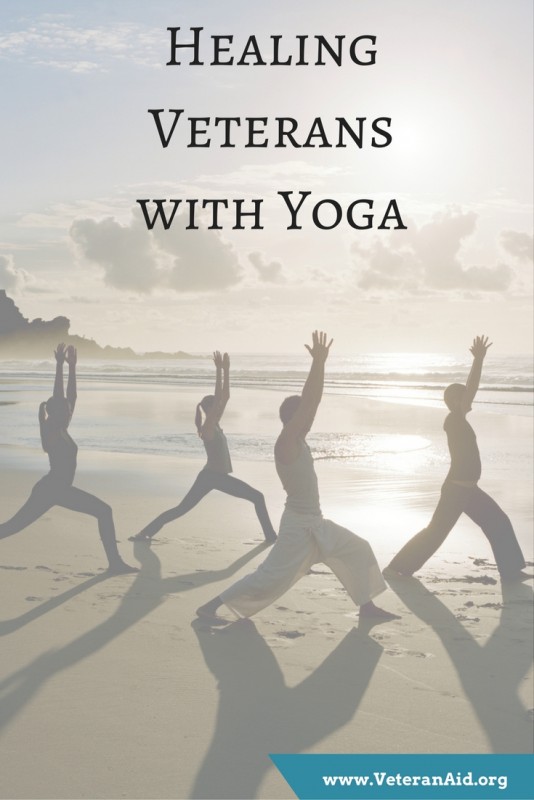