It’s fair to say that war is filled with drama. There’s action, emotion, conflict, and resolution, played out by 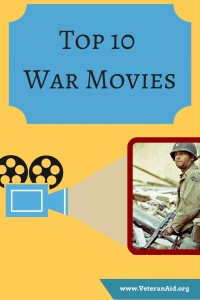 compelling and interesting heroes and everyday people. Not surprisingly, there have been countless excellent films created based on war, and the various engagements of U.S. history. Below we’ve compiled 10 of the best.

Apocalypse Now: Set during the Vietnam War, the film follows a captain on a secret mission to find and assassinate once-promising but now renegade colonel who has reportedly gone completely mad. Riding in a Navy patrol boat, he’s joined by street-smart kids, a surfing-obsessed Air Cavalry officer, and a crazed freelance photographer. The journey takes them further into a progressively strange and murky world upriver.

The Bridge on the River Kwai: Winner of seven Academy Awards, this film is a work of fiction but uses the construction of the Burma Railway in 1942–43 for its historical setting. When POWs are forced by their Japanese captors to build a bridge, the British commander in charge pushes them men to complete the project as a sign of Allied ingenuity and morale, oblivious to the Allied plan to destroy the bridge.

Saving Private Ryan: After the Normandy Invasion, Captain John Miller takes his men behind enemy lines to find Private James Ryan, the last surviving brother of four servicemen. The film is especially memorable for the intensity of its first 27 minutes, which includes a depiction of the Omaha Beach assault of June 6, 1944.

Patton: George Smith Patton, Jr. was a senior officer of the United States Army, who commanded the U.S. Seventh Army in the Mediterranean and European Theaters of World War II, but is best known for his leadership of the U.S. Third Army in France and Germany following the Allied invasion of Normandy. This film covers his wartime activities and accomplishments, beginning with his entry into the North African campaign and ending with his removal from command after his outspoken criticism of US post-war military strategy.

Platoon: The first of a trilogy of Vietnam War films by Oliver Stone, the film follows the life of Chris Taylor, who leaves his university studies to enlist in combat duty in 1967. His idealism soon fades once he enters the battlefield, and he soon faces a moral crisis when confronted with the horrors of war and the duality of man.

The Thin Red Line: A U.S. Army defector is discovered living peacefully with the locals of a small South Pacific island and forced to resume his active duty training for the Battle of Guadalcanal. The storyline then follows the lives of the American troops as they mount an assault on entrenched Japanese positions.

Black Hawk Down: In 1993, 123 elite American Rangers and Delta Force soldiers drop into Somalia on a critical mission to capture a violent warlord whose corrupt regime has led to the starvation of thousands. When the mission goes terribly wrong, the men find themselves outnumbered and in a desperate battle with a large force of heavily armed Somalis.

The Dirty Dozen: As D-Day approaches, a US Army Major is assigned a dozen convicted murderers to train and lead them into a mass assassination mission of German officers in World War II. The team of 12 soldiers is promised commuted sentences in exchange for parachuting across enemy lines to assassinate German personnel at a French chateau. Inspired by a real-life group called the "Filthy Thirteen."

The Longest Day: Made in black and white and told from both Allied and German points of view, this film depicts the events of D-Day. It pays particular attention to the decision by Gen. Eisenhower to go forward after reviewing the initial bad-weather reports, as well as the reported divisions within the German High Command as to where an invasion might occur and what the response should be. Interestingly, many of the actors in the film actually saw action as servicemen during the war.

The Hurt Locker: Set in Baghdad during the Iraq War, the film follows the work on three members of an Explosive Ordnance Disposal (bomb disposal) team. Facing the final weeks of their tour of duty, a new member joins the team and quickly become at odds with his fellow members due to his maverick way of work. The men face a set of increasingly hazardous situations, any of which could end their lives in an instant. 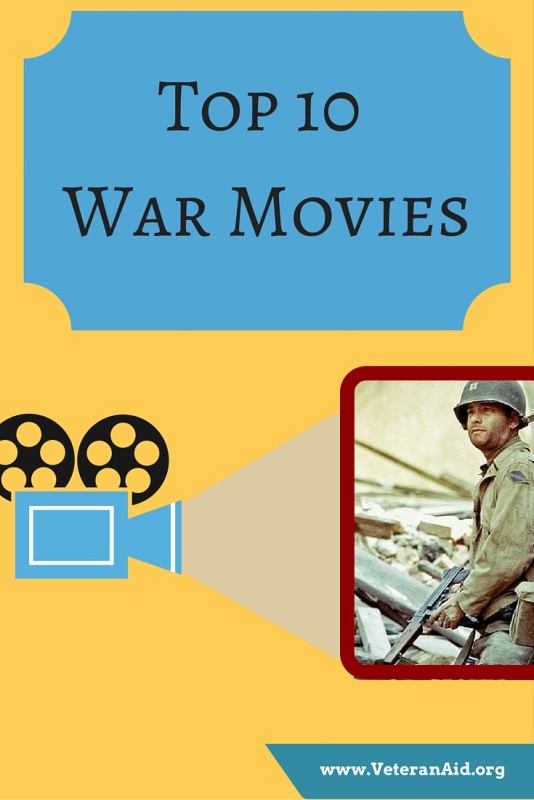